Million on Mars: Space to Venture 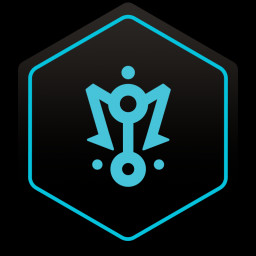 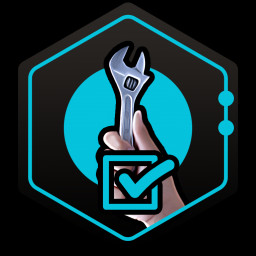 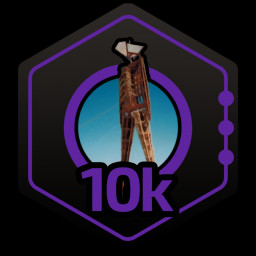 “We have a big vision, and we need feedback from a lot of players to build the fully realized version. We are working with the Mars Society and others to ensure that the science is sound, and we would love to share this journey with other space tech enthusiasts and hard core gamers, who will help us make sure it's engaging and fun while also realistic. We'll know we're there when the players tell us we are.”

“It will be at least a year! We are building upon the core city-building game, and next plan to build NPC Martians, planet-wide player to player economic competition, and cooperative game mechanics.”

“We have the core survival crafting game on Mars. The focus is all about rovers crafting your initial settlement, and preparing for the arrival of the first 20 settlers. We have been live in a closed Alpha with 18 weekly updates since May, 2021.

We plan to release new content and features each week as we work up to a full, planet-wide economy, and the first human settlers in game!”

“It is early. We're working first on ensuring that this Mars is the highest-fidelity Mars you can find in a game, that our camera and controls are polished, the user interface is intuitive and delightful, and the crafting game is rich with resources and recipes. Everything is under active development: more sound effects, more animations, more building models, more terrain details, more views and widgets to better understand what is going on in the simulation, all are underway.”

“Because we are an MMO, with a single persistent server, with one Mars, we are a service. We will eventually need to charge a subscription or some other micro-transactions to sustain our service and continued development. For now, however, we are just charging for download, which includes 40 acres of Mars and the MMO service.”

“We love feedback! We are active with our earliest players to get their detailed feedback, and we are responsive to all comments on our Discord, web page, YouTube, or reviews.”

Space to Venture delivers the most realistic Mars survival crafting city-building experience. Your homestead is a venture corporation with up to a $1 Billion of funding from Ad Astra Unlimited. You are staked with 40 acres of real Martian terrain, carefully shop for your initial rovers, energy systems, and other factories to begin in-situ production on Mars.

S2V is a MMO where your settlement is persistent and part of the greater Mars / Earth / Asteroid economy - craft, build and trade with other players and work cooperatively with your friends to build a Martian city.

Leveraging your team of rovers and your problem solving skills, prepare your settlement for the arrival of the initial 20 Martians. Trailblaze to become one of the founders of a new great civilization on the red planet.

Explore Mars via Real Terrain
We have lovingly taken the incredible 3D digital terrain height map data from JPL/University of Arizona’s HiRISE project to create the highest fidelity Martian terrain possible. Your 250 meter hexagon on a side plot of terrain is the real deal - 40 acres of Mars at that exact latitude and longitude on the Red Plant.

Command a Team of Rovers
Rovers, robotics and automation are the true work horses on the Red Planet. Command small scout and repair rovers, larger mining & hauling rovers, or even take a drive on the most exotic desert in the Beast. Keeping your rovers in working condition, well powered and planning what to focus their efforts on will consume much of your attention.

Energy is the Key

Craft over 200 Recipes
We have the most rigorous deep crafting experience for settling Mars. Starting with the sun, the Martian regolith, the thin Martian atmosphere and the supplies you have purchased and brought from Earth you will boot strap the in-situ manufacturing on Mars to create your settlement. Examples include using a cryogenic atmospheric distiller to chill down the Martian air and store Carbon Dioxide. Scoop up the regolith (Martian dirt) and bake out the water content and then use electrolysis to split the water into hydrogen and oxygen. Take the hydrogen and combine with the carbon dioxide via the Sabatier process to create Methane. Methane to be used as rocket fuel, the basis of in-situ plastics manufacturing and most handy - to burn in the methane fuel cells to have on-demand energy supplies.

Manage up to a Billion Dollars of Venture Debt
As a tycoon MMO, your ultimate goal is to create a settlement that pays off its $1B of venture debt to Ad Astra Unlimited and grow into a commanding city-state on Mars!