Check out the entire Merso Entertainment franchise on Steam 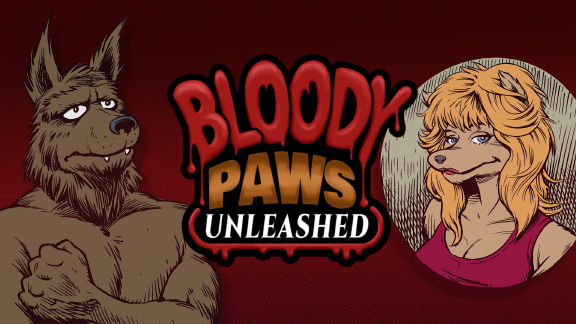 "After a long day of work, you return home to find the front door open - forced!
On the floor, there’s a shattered bottle... It’s the perfume that you had bought your beloved Samantha to celebrate your wedding anniversary. Someone had come in and taken your wife!
A sweet and familiar aroma comes to you from the East. Now you can search for her... and you will! You won’t stop until you find her and whoever had dared to do this. And when you find him..."

The original 1990 Bloody Paws was a game full of personality: a side-scrolling beat ‘em up in which players control a melodramatic werewolf on a quest to find his missing wife and fight a horde of eccentric creatures such as invisible men, rope-jumping mummies, off-brand superheroes, and the Frankenstein monster. The game also had an unfortunate behind-the-scenes story: the publisher released the game before it was completed, without even informing (or paying!) the developers.

Merso Entertainment counts with the blessing of the creator of the original Bloody Paws, Juan Carlos Sanchez, to bring this cool relic of the past to the PC and give it an overhaul. Free from the limitations of the 8-bit systems of the 80s, Bloody Paws Unleashed injects the original game with color, new levels, additional moves, and more!

This remake also rescues elements that were not fully implemented in the original game due to memory limitations, like the witch. Thanks to the original sketches found by Juan Carlos, this enemy has been finally included in Bloody Paws, over 30 years later!! 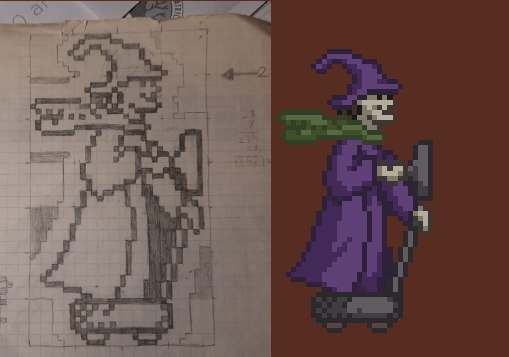 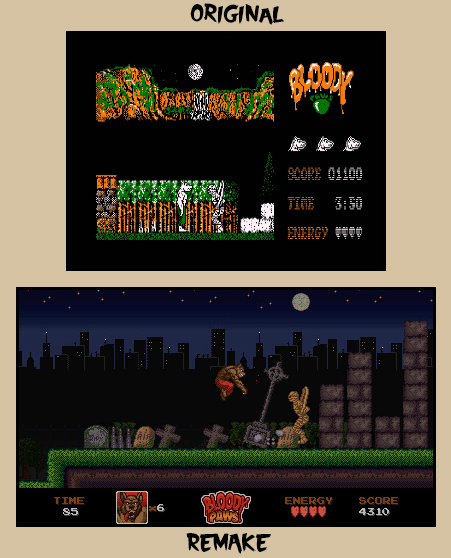