Yoshiwara Higanbana
Developer
MariaCrown
Publisher
Beijing Happy Entertainment Technology
--Whether I end up after falling in love, in your arms or in a scarlet prison? It's up to you to make my vow of higanbana fall or wither-- Even if it's only for one night, I want to be held by you...
All Reviews:
Very Positive (101) - 96% of the 101 user reviews for this game are positive.
Release Date:
Developer:
MariaCrown
Publisher:
Beijing Happy Entertainment Technology
Tags
Popular user-defined tags for this product:
Adventure RPG Dating Sim Interactive Fiction Female Protagonist Otome Word Game Visual Novel 2D Platformer Anime 2D Drama Emotional Romance Story Rich Multiple Endings Singleplayer Sexual Content Nudity
+
Reviews
All Reviews:
Very Positive (96% of 101) All Time 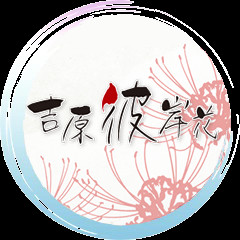 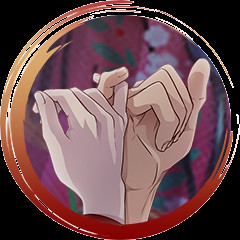 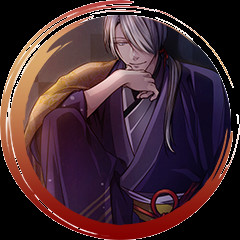 --Whether I end up after falling in love, in your arms or in a scarlet prison?
It's up to you to make my vow of higanbana fall or wither--
Even if it's only for one night, I want to be held by you...

In this visual novel, you can take different routes or endings by choosing different choices.
Depending on the ending you complete, new episodes will open up in the main story.


■The new CGs have been added!

In addition to Japanese, Chinese text has been added!

Edo Period.
On the back side of the glamour of the town, lust is swirling in New Yoshiwara.
Chihaya is the highest ranked called Oiran at the long-established brothel Oukaya.
In order to return to her parents in her homeland, day and night, she entertains unknown male.
Which is her unchanging everyday life.
Yoshiwara might be a small world, but to Chihaya, it’s a treasured place in which she can prove herself.
Oukaya's owner, Shigure. Her kamuro, Yuzu.The strong-willed fellow harlots that work alongside her.
Surrounded by these irreplaceable people, Chihaya was proud of being a courtesan, even though it was a difficult world.
Until she know what true love is--

The owner of a shipping agency, Souichirou Iseya.
The Hairdresser, Sakuya.
The Samurai, Shinobu Ootsuki.
The Rice Broker, Akito Kaguraya.
The owner of Oukaya, Shigure Oukaya.

This is the story of a prostitute with those of five men, and her irresistible fate.

Rin (assumed name: Chihaya)
Her character is honest and good-natured. She is a dignified woman who takes pride in her work.
Even though she has become a prostitute and knows a lot about sexual matters,
she still has a pure heart and a faint love for her childhood friend.

Souichirou Iseya (CV:Nakazawa Masatomo)
The young owner of a fast-growing a shipping agency.
He is always in a calm mood and is kind to everyone.
He is a straightforward person who will tell you what he thinks.

Sakuya (CV:Mizushima Takahiro)
A hairdresser recently hired by Oukaya.
He is well-liked by the prostitutes because of his dexterity and skill.
But he is not very interested in others. He doesn't talk much and rarely smiles.

Shinobu Ootsuki (CV:Majima Junji)
A samurai who frequents Yoshiwara.
He is always seen in a drunken state at Oukaya.
He is a light-hearted man who pokes fun at various prostitutes.

Akito Kaguraya (CV:Takeuchi Ryouta)
He is a regular customer of Oukaya, which is famous for its merciless as a Rice Broker.
For some reason, he has been uncomfortable with Chihaya since they first met.

Shigure Oukaya (CV:Toshiyuki Morikawa)
He is the owner of Oukaya, a long-established brothel. Because of his job, he is very knowledgeable.
He is strict during working and teaching, but behind the scenes he is a kind man who cares for others' health.
He has a lonely air about him.

©MariaCrown All rights reserved. Licensed to and published by Joyoland.