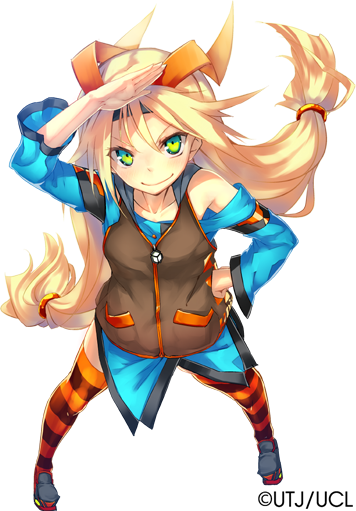 Kohaku Otori(CV. Asuka Kakumoto), also known as "Unity Chan". As the only daughter of the CEO of Otori Group, a large trading enterprise, Unity Chan has the character of drifting along. But she's very keen on adventure, and if she's determined to do what she's going to do, then she'll do her best to do it. Unity Chan's dream is to be an actress in action games and movies, and her favorite food is curry korokke.
Today, Unity Chan comes to the floating island of cubes, which is full of unknown traps and deadly monsters. So what is waiting for Unity Chan? And can she break through these traps? 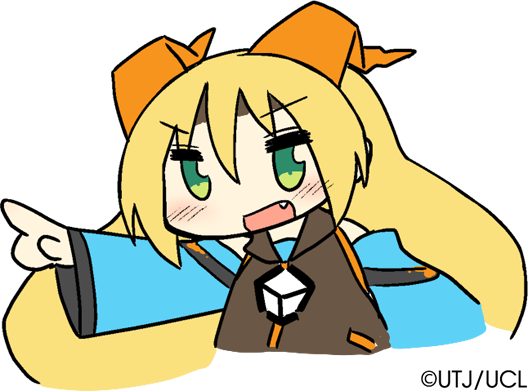 This is a platform jumping game. If you have been played Super Mario series or I Wanna series, I believe you will not be unfamiliar with this type of game. The control of this game is very simple. You can hold jump key to control the jumping distance, and release the key to jump. And you can jump more further by jumping in aacceleration.
There are several ways to deal with monsters. If you have a box nearby, you can try to lift the box and smash it at the monster. You can also choose to speed up and slide to attack the mosters or jump up and trample them.
PAY ATTATENTION: Some monsters can counterattack. Turtles with spines on their back look dangerouse, don't they?