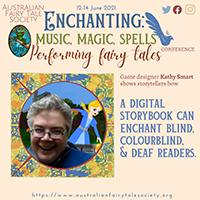 Check out the entire Joy Everafter Stories franchise on Steam

“There are many wonderfully useful life skills that videogames teach children; critical thinking, perseverance, planning, and communication, for a start. But it’s harder to find games that really delve into the emotional lives of children and present them with ways to navigate their way through in a really empowering, compelling way.”
PowerUp Gaming

This is a movie-length children's storybook.

This story can be played off-line. There are no ads, no in-app purchases, and no external links.

A young princess strives to save her kingdom, but a frog-prince on a quest to rescue his bodyguard overturns her plans.

Rescue Iron Henry and save the kingdom of Kassel in this 2D click-through movie-length children's story.

Choose from 10 moods each time the prince and princess speak. Everybody saves the kingdom, some just do it in a more comical way than others. 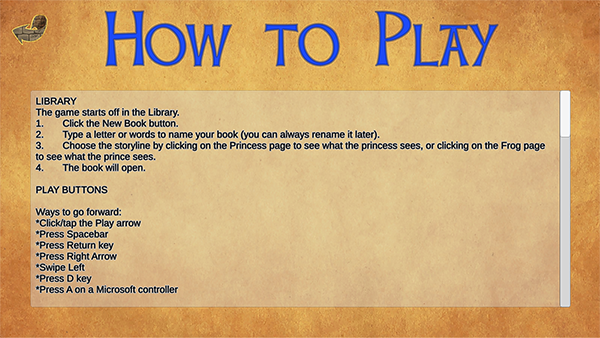 THE STORY
Girls can be powerful. Boys can be sensitive. Who knew?

Prince Francis travels to the kingdom of Kassel with Iron Henry, the best soldier in the land. Iron Henry braves three iron bands around his heart protecting Francis from a witch. Now Francis is a frog, desperate to get a princess to kiss him so he can turn back into a prince and save Henry.

Princess Emma's elder sister is clever and kind. Her second sister is brave and beautiful. They tell Emma to leave it up to them to battle the evil surrounding the kingdom, but they can't stop it. Emma dresses in her dead mother's clothes to try to use the kingdom's Golden Orb to call for help.

Even if Frog gets his kiss, he and Emma will still have to rescue Iron Henry, and confront the witch of the woods.

TO START
When you begin, you will be asked to choose the story from the princess’s or the frog’s point of view. You can play both storylines as often as you like. Each version is saved automatically. 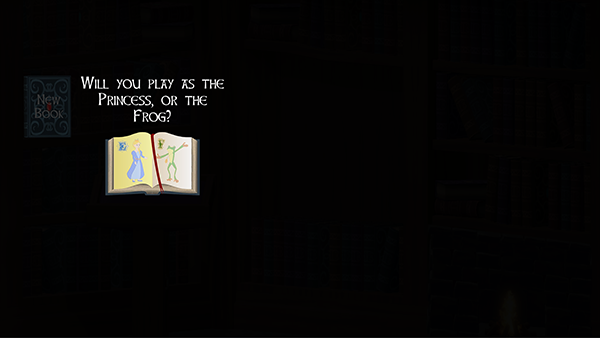 Oh, and our programmer felt like playing one day, so he made Swimmy Frog for when you feel like a break from life for a while. 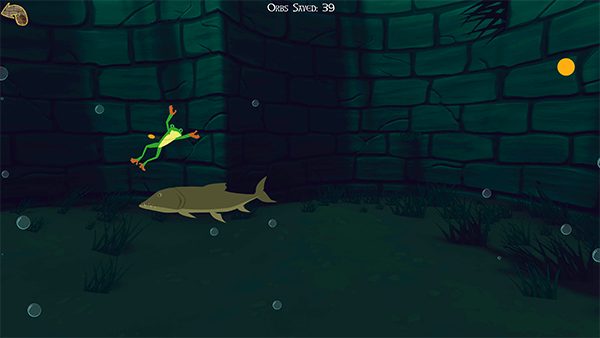