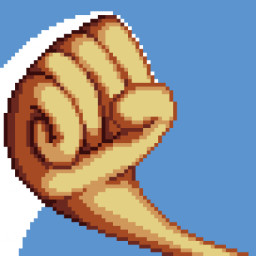 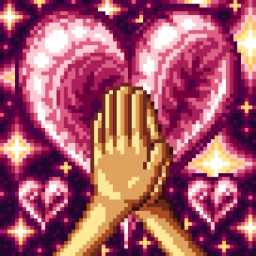 “I need feedback from the players to make the game better. I'm making this game to learn game design before working on better games. The more I learn, the better my future works will be.”

“The game is kinda dead to be honest. I grew tired of the "jokes", and I don't even like turn-based RPGs in the first place! The OST has been rushed to make development faster. Every part of this game feels so distant compared to what I would currently do, which makes me extremely unmotivated to keep working on it.”

“I have no idea. The best solution would be to revamp the game to something that I actually enjoy playing and working on.”

“The game will stay free, though the OST can be bought if you really want to support the work I've put into the game. It's been rushed and does not portray effectively the music I would usually write, expect very low quality.”

“Feedback is very important. I'll make sure to make the game as fun as possible based on what people says.
I might even add your ideas well, such as new moves or side-quests, if I feel that they fit the game. A lot of the lore has been built on random jokes anyway.”
Read more

PP Puncher is a turn-based RPG, mostly text-based, about a guy going on a quest to save his waifus, by punching his opponents' PP. The game stacks new game mechanics to the fight system, as the player progresses into the game.

A scientist named Brenn finally managed to make his waifu real, by turning his body pillows into real people. Unfortunately, he also published music under the name of "Brennfeu Cthulhu", which made Cthulhu angry. Cthulhu then sent Espinoza, a newly created Eldritch God to kidnap Brenn's waifus.
Brenn now has to free all waifus, and confront Espinoza.

The game is a turn-based RPG. As you progress into the game, you unlock new game mechanics, making the game slowly more and more complex.

Origin of the Game

At first, this game was a discord bot, allowing you to play duels against other discord users (or the 'A.I.'). We then realized that the game had no learning curve, and was too complex for new players to get into. We then decided to turn this bot, into a game, with its own story based on the lore that was slowly created around the bot.

This game's main theme is punching penises, though it has no texture, and does not feature anything sexual. If you feel uncomfortable with this, I probably would advise you not to play this game.
This game is not suited for children.