“I've been try to implement story mode for the game so, people can enjoy the storyteller and add more atmosphere to the game. I wanted to make DAIKAIJU DAIKESSEN available during its Early Access development while balance the game around community feedback. The additional characters, content we be add along the process to this kaiju indie game for kaiju fans!”

“My goal is to have story mode implement and more than 70+ characters playable by Q3 2021. Additional content, polish, and balancing may take up to an additional year””

“The game is playable with huge characters roster( more than 25+) and game modes such as Survival, Versus, Battle Zone and Extra mission to enjoys. The game still have much room to improve and mechanics that may change depends on any feedback.”

“Game will be free to play but will contain paid DLC in future update, such as artworks and special events game contents aside of the original contents.”

“Players are encouraged to join in discussion on my forums and social media channels, where all feedback is considered to improve the game”
Read more
Check out the entire Daikaiju Daikessen franchise on Steam
This game is not yet available on Steam

Daikaiju Daikessen: Versus is a free to play arcade-style brawler inspired by the likes of classic Neo Geo’s King of the Monsters. The game will be regularly updated with new characters from various indie creators, along with new stages and game modes.

• Classic Fighting System
Inspired by old school arcade fighting games such as King of the Monster and Godzilla: Domination, the simplistic fighting system makes for a straightforward and fun combat experience.

• Combos and Skills
Get ready to crumble your foes with a variety of combo moves and skills with easy-to-execute button inputs.

• What a Roster!
My focus is to include Kaiju from various creators from around the world. With an evergrowing roster, you’ll be able to get a glimpse of the universes and characters of your fellow Kaiju fans.

• Destruction!
Destroy everything in your path or die trying to save the world. Either way, destruction is inevitable as that is the way of the Daikaiju!

• Various Game Modes!
Currently, the story mode is still a work in progress. However, there are plenty of arcade modes such as Survival, Versus, Battle Zone, and EX Missions that will be implemented via updates.

*Know issues, you must have two controllers for 2P Versus mode to be work.
(support PS4 & Xbox-type controllers, as well as generic PC gamepads! Steam Controller support is still under discussion)

The Basic of the game 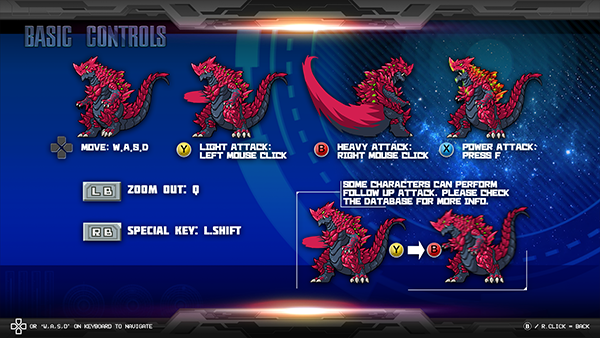 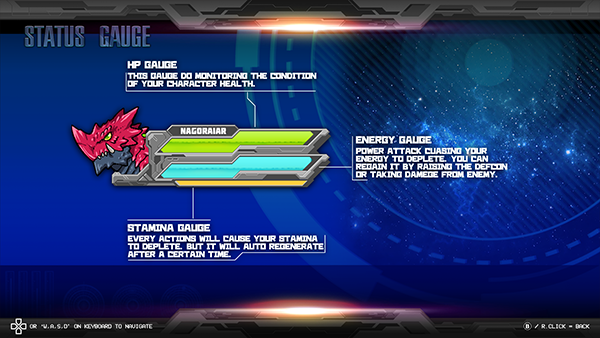