Whiteboyz Wit Attitude: The Pursuit of Money
Developer
MichaelArts
Publisher
MichaelArts
First there was the Whip/Nae Nae, now it’s time to Wear The Purp with the greatest rappers of all time*! Dance along with the Whiteboyz Wit Attitude in an epic FMV rhythm game, and celebrate the launch of their new album The Pursuit of Money.
All Reviews:
Very Positive (379) - 95% of the 379 user reviews for this game are positive.
Release Date:
Developer:
MichaelArts
Publisher:
MichaelArts
Tags
Popular user-defined tags for this product:
Rhythm FMV Realistic On-Rails Shooter Action Free to Play Singleplayer Hand-drawn Psychological Horror Nudity Hentai
+
Reviews
All Reviews:
Very Positive (95% of 379) All Time 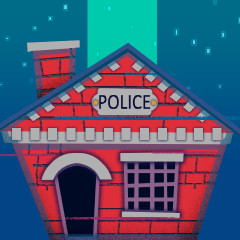 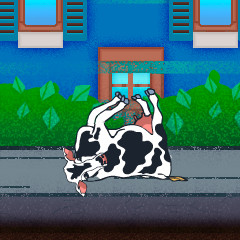 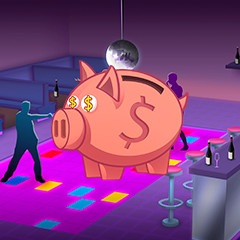 “Whiteboyz wit attitude not only tells an emotionally gripping story but has has some of the greatest most revolutionary and intuitive gameplay i have ever seen. Whiteboyz wit attitude is an amazing modern day masterpiece that showcases what modern day games are capable of and the amazing graphics they can achieve. I can't possibly put all the magic of Whiteboyz into words the game is that good. it is a game that will be compared to every future video game release for decades to come and it'll put those games to shame because they will never be able to reach the power and quality of whiteboyz wit attitude. And the best part about all this is the game is free. It is definitely a must play and i cant wait for the whiteboyz to return in a future installment”
10/10 – Griffin09076

First there was the Whip/Nae Nae, now it’s time to Wear The Purp with the greatest rappers of all time*! Dance along with the Whiteboyz Wit Attitude, and celebrate the launch of their epic new album The Pursuit of Money. After tearing up the dance floor in an epic FMV rhythm game, take a ride to WWA’s farm and avoid hitting animals in a challenging on rails shooter! Can you beat WWA's high score in all the levels? Learn why these two farmers are considered the greatest, and get ready to experience the most banging hip hop tracks you’ve ever heard. It’s free to play, so what do you have to lose (besides your brain cells)?

* WWA was voted the greatest rappers of all time by two people on social media…. yes, they were our mothers.

NOTE: This game is meant to be played with a wired DualShock 4 controller, but it also supports keyboard, mouse, and XInput devices!