Get sucked into an abstract, orgasmic, and kaleidoscopic liminal space, and race to your death inside the head of an angel.
All Reviews:
Positive (10) - 100% of the 10 user reviews for this game are positive.
Release Date:
Developer:
notagamestudio
Publisher:
notagamestudio
Popular user-defined tags for this product:
Fighting Experimental Split Screen Surreal Music-Based Procedural Generation Abstract Action Psychedelic Racing Local Multiplayer Indie
+ 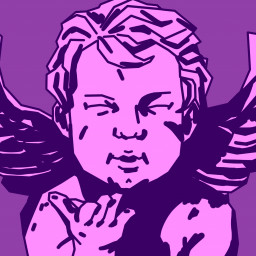 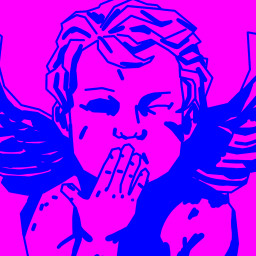 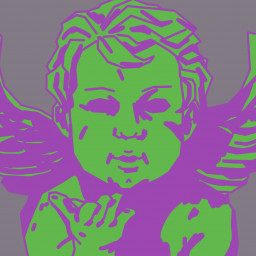 “Simple but fascinating. [...] With its abstract, flashy graphic it's quite a unique experience.”
Weird Games for Your Pleasure

“What you see is not what you'll play but that's the golden rule with abstract titles. [...] Fully worth it!”
IDMB

Warning: This game contains flashing patterns that might be disruptive to people with photosensitive epilepsy.

Uranus is a kaleidoscopic audiovisual playscape. It features procedural audio (input-based music) and visuals (systemic color scheme) and was designed to be experienced not only through play, but also live group viewings as a spectator.

The rules are deceptively simple:

Q: What in God's name is happening on screen?

A: Two mini-angels live inside the the head of a big angel, and they're both trying to kill one another -- and they both have 7 points.

Q: Who is Jason Bourne?

A: "Jason Bourne" is the alias of David Webb, a fictional US Marine and CIA officer created by novelist Robert Ludlum.

Q: Why is Jason Bourne always on the run?

A: Because he lost his memory, he can't remember who he is, and there's some shady people trying to catch him or something.

Q: But why, though? You didn't really answer my question.

A: Bourne's wife and two sons were killed during the Vietnam War when a fighter plane dropped two bombs in Cambodia. However, due to Cambodia's neutrality in the war, every nation disclaimed the plane, and, therefore, no one took responsibility for the incident.


Infuriated by both the utter injustice and randomness of his loss, Bourne went to Saigon and ended up training for an elite Top Secret Special Forces unit called "Delta One".

Years later, Bourne was tasked to murder Nykwana Wombosi, an exiled African warlord. He infiltrated Wombosi's yacht, intending to arrange the murder to look like he was killed by a crew member to avoid suspicion. However, Wombosi was surrounded by his children, and Bourne was unable to bring himself to kill him. He tried to abandon the mission by leaving the boat, but an unknown shooter shot him twice in the back, sending him off the yacht into the sea and triggering amnesia, causing him to forget his identity.

Q: If he lost his memory, then why does he know Kung Fu?

Q: What about that time he jumped through a window from a rooftop and killed a bunch of people by air-kicking them in the neck?

Q: Ok. But still: if he can't remember his name, how can he remember all his Kung Fu moves?

A: People who suffer from retrograde amnesia still retain their muscle memory -- meaning that he still remembers all his years of training in martial arts, even if he can't remember who he is.

Q: And why is he robbing a Casino with George Clooney and a bunch of other people?

Q: But why do they need him if:
- A) he barely does any Kung Fu in that movie, and
- B) they already have Jet Li on the team?
Jet Li's Kung Fu is way better than Jason Bourne's.

A: That's not even a question.