The Adventures Of Maximus

With the events that lead to the death of Maximus's wife, you embark on an adventure to avenge her death. Fight your way to uncover the mastermind who is responsible for the death of Maximu's wife.
All Reviews:
No user reviews
Release Date:
Developer:
Renecade
Publisher:
Renecade
Popular user-defined tags for this product:
Adventure Action Action-Adventure Platformer 2D Platformer 2D Colorful Fantasy Indie Medieval Combat Singleplayer
+ 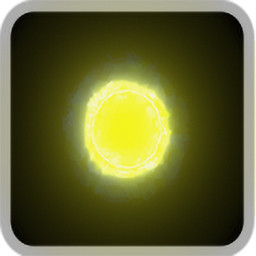 View
all 22
Title: The Adventures Of Maximus
Genre: Adventure, Indie

Buy The Adventures Of Maximus

The Adventures of Maximus is a 2D side scroller platformer game in which you play as a knight named, Maximus. Your goal is to avenge the death of your wife because of the greed of who was responsible for killing her. On your adventure, you will acquire power-ups that will aid you to proceed further in each level to win the game. Extra content unlocks when you beat the game to add more hours of fun as you play this game! To learn how to play the game, a "How To Play" button has been added to the main menu for you to experience how to control the hero, Maximus. In each level, enemy knights are scattered about that will try to take you down if you get close to them. Traps are also added like spikes for example that will hurt you if you collide with them. Each level has a boss that you need to take down to progress in this game. Learn how they move and act to take them down is my suggestion!

This game will have three builds that will feature mouse and keyboard controls, only PS4 controls, and only Xbox One controls. The mouse is disabled and not visible in the PS4/Xbox One versions to avoid the loss of focus if you accidentally click on the screen.

For casual players, the game will start off easy for them to get comfortable with the mechanics before the levels get slightly harder towards the end depending on the difficulty you select. You unlock hard mode once you beat the game that will contain a higher item drop system for less items to spawn, and enemies taking out more damage one they hit you.

Are you ready to avenge the death of Maximus's wife?

©2020 Renecade. All Rights Reserved. Renecade, The Adventures of maximus"The Game" and all its content. All sounds are under the Common License 0 agreement that allows for use in commercial games.