Petrol Blood is a stealth action driving game that will let you taste the authentic Eastern Bloc gasoline.
Set in the alternative times of the 80’s behind the Iron Curtain where no one escapes the Party’s rule and average citizens live in constant fear of the law enforcement.
Experience the story from the perspective of two master-drivers, who drive two very distinctive machines.
Will they outrun the apocalypse on wheels that will set the cold war ablaze? 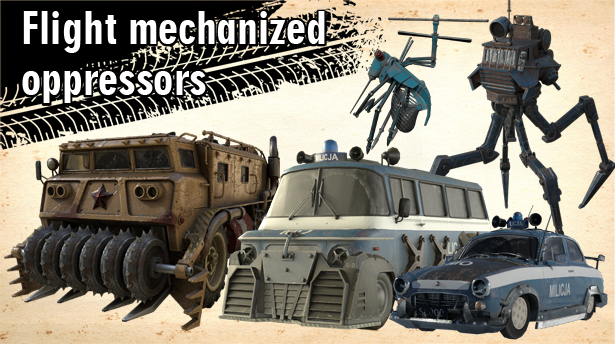 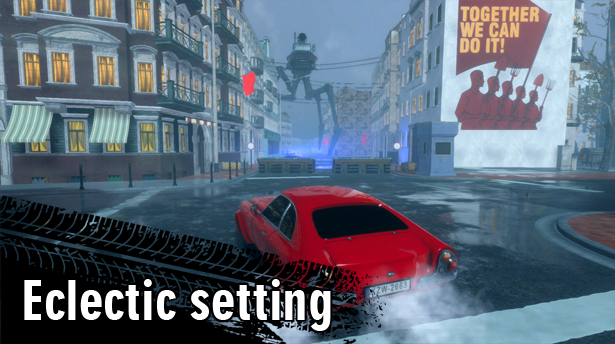 From the grim streets of Wroclaw to narrow cobblestones of Prague to wild off roads of Polish countryside, you’ll discover a wide range of styles. Petrol Blood takes the authentic modernist setting of the Eastern Bloc and brings it to the extreme. Admire the glamorous Art Nouveau architecture juxtaposed with colossal Soviet buildings made of concrete and proletariat sweat. Explore a somber urban environment, then reconnect with nature in the quaint landscape of Bohemian mountains. 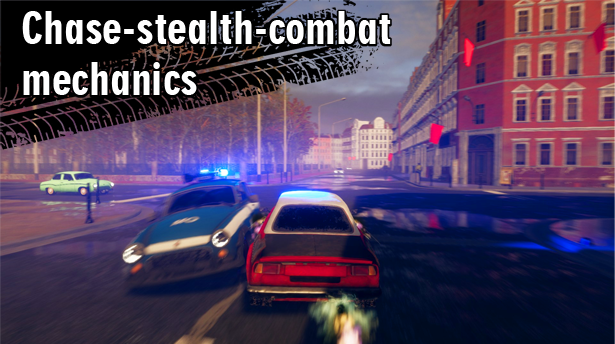 Switch between three main gameplay elements that, when combined, will allow you to tackle even the most challenging missions. You’ll have to outmaneuver your opponents in crazy, stunt-filled chases or be sneaky and smart when you approach them in stealth mode. Stay vigilant to remain unseen, and if all else fails, use the raw power of your four-wheeled beast to get what you want. No holds barred when you’re on a mission. 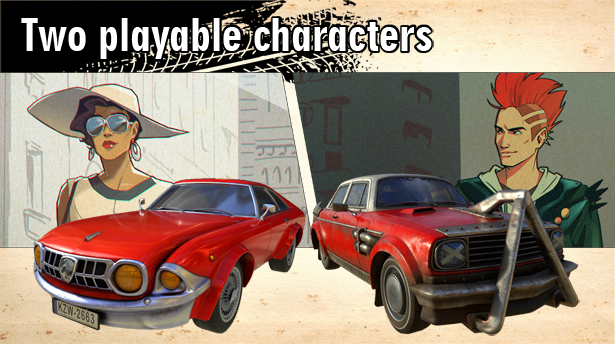 A punk with a knack for crazy car mods, a nitro boosted engine under his hood and rebellion in his heart. A deadly agent with her state-of-the-art gadgets that would put most superhero spies to shame. This combustible mixture is guaranteed to set the roads on fire. Utilize the exclusive skills and abilities of two vastly different characters as you fight the system