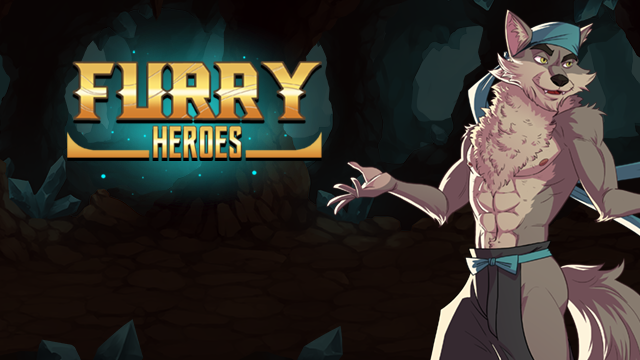 An old curse has trapped the Furry Heroes in a secret cave. Word has it they were from different times but no one has ever met them. After years of mystery, Aldebarick, the King of Ravinstara offered a huge reward to those who unveil this story. To help the adventurers, Calik, a powerful moose was summoned to guide them and finally, your moment has come. Get your equipment, prepare your brain (and hands) to be fast enough to discover who are the Furry Heroes cursed in this place.

Furry Heroes is a game in which you need to unscramble the tiles to release a unique hero and to remove its body curse, you need to follow the magic pattern before time's up. Also, the game brings dialogue elements so that you can learn more about the heroes as well as your role in the adventure. Last but not least, you'll play the whole adventure with all characters fully animated, including all heroes that will be naked.