An RPG in which you learn Japanese using romaji characters i.e. English letters. It is set in the 1800's and is an epic adventure that will teach you about Japanese history and the language. In a matter of hours you could be speaking Japanese.
All Reviews:
No user reviews
Release Date:
Developer:
JBO Media
Publisher:
Angel Star Studios
Popular user-defined tags for this product:
Education RPG JRPG Adventure Family Friendly Experimental Exploration 2D Pixel Graphics Singleplayer RPGMaker Casual Indie
+ 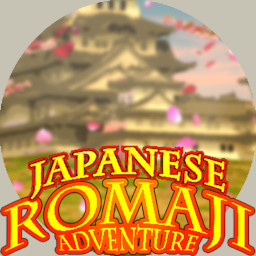 It is part of the Edutainment RPG series and it would be a pleasure to hear from you
In the Discord server you can find fellow Japanese language students.