Form a party with your favorite Touhou characters and challenge the dungeon!
Characters from "紅魔郷" to "輝針城" are lined up! Are there anyone who will walk through the ultimate dungeon of all 51 areas !?

1. Please choose 5 favorite characters. Of course, it's not just the characters in this photo. 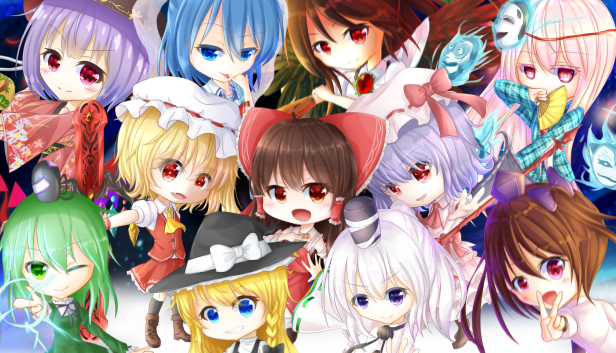 2. Once you set your abilities and skills at your base, you are ready to go! 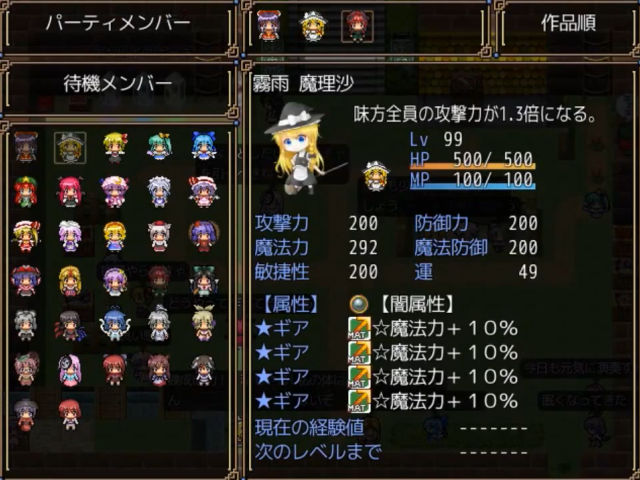 3. Let's challenge the dungeon at the best party! 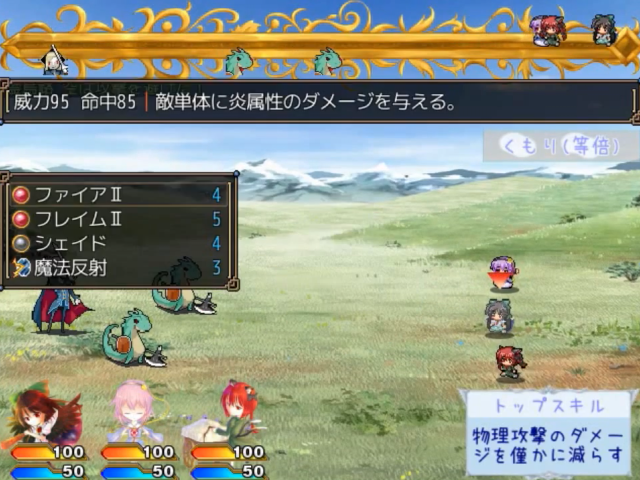 ・ Move with the cross key

◆ Attribute
Attribute is set for every character / attack.
Attribute can receive weather support described later, and character's attribute can be decided by yourself.
Also, by attacking the opponent's weak points, you can proceed with the battle in an advantageous manner.
Attribute compatibility table [flame] → [grass] → [water] [light] → [darkness] → [silver]

◆ Non-attribute
A skill with a white attribute icon is called a non-attribute skill, and the same attributes as the character are applied to the skill.

◆ Status
[Attack Power / ATK] Increases the power of normal attacks / physical attacks.
[Defense / DEF] Reduces the damage received by regular attacks / physical attacks.
[Magic power / MAT] Increases the power / effect of magic attack / recovery magic.
[Magic Defense / MDF] Reduces damage received by magic attacks.
[Agility / AGI] The higher you are, the more you can act first, which affects the number of actions.
[Luck / LUK] Increases the probability when using a technique that gives a status abnormality.
Also, the higher your luck, the less likely it is to get into a condition.

◆ Corps
Characters placed in front are more likely to be attacked.
♪ Support characters should be placed behind.

◆ Luck status
Luck status will not increase unless you use a special item.
Also, the luck status is directly linked to the character's liking,
The higher your luck, the more conversation you can have at the base.
If you get an item that will boost your luck, use it as your favorite character.

◆ About the weather
The weather will change at the start of the battle or if the battle is prolonged.
The weather has the effect of strengthening or weakening the attacks of each attribute.

◆ Special effects
[Top skill] This is a skill specific to the first character. The effect lasts until the end of the battle and is applied to all allies.
[Critical Hit] The power of the attack is increased by 1.5 times.