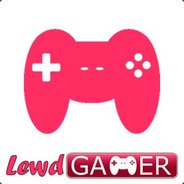 “While there's still a bit of room for improvement in its eight-hour run-time, Midnight Castle Succubus comes recommended to fans of the series, as well as fans of the action-exploration genre.”

Check out the entire CriticalBliss franchise on Steam

Contains depictions of graphic sex, in pixel art form. Monsters in the game are capable of non consensual sex with the female, player-controlled protagonist.

Themes in this game include:

* Sub Weapons
- Scythe: Goes in a ballistic trajectory and penetrates through enemies.
- Boomerang: Goes to the corner of the screen and returns.
- Bomb: Stays still for a moment and deals damage to enemies.
- Clock: Stops enemies' movements for seconds.
- Cross: Aims and chases after a nearby enemy.

* H Scenes
When she gets lethal damage while clothed, her HP becomes 1 and she gets naked!
If she is damaged without clothes, she will fall prey to monsters.