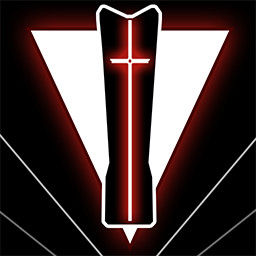 The small mining town of Bataille, Missouri has been cordoned off from the outside world for six months. The inhabitants have no idea why. All they know is that ever since the so-called "Contingency," planes no longer fly overhead, strange creatures have been glimpsed beyond the perimeter, and large mechanical towers will gun down anyone who tries to escape. As you--Sheriff Erika Wright--search for the truth, you must listen to the advice of a serial killer, mingle with extreme conspiracy theorists, and negotiate with vampires.

Your struggle to protect the people of Bataille will uncover startling secrets and forge unlikely alliances. Eventually, you must choose a partner in your quest to unveil the mysteries around you.

Amidst the horrors facing Bataille, romance can blossom with the partner in whom you trust. This epic story contains four distinct story branches with Julian, Maddy, Liam, or August. Each branch reveals unique secrets about the mysteries of the towers and a chance to find love.

This game contains suspenseful horror and some fantasy violence including blood, but not extreme gore. There is vulgar language and cursing. Sexual content includes fade-to-black sexual descriptions and illustrations, but not explicit. There is also drug usage and references to drug abuse.