The game where you play as an Angel. After watching an event taking place. The Angel will then announce his idea for that event's ending. The demon angel, in contrast, will answer his idea for that same events ending. The winner of the boxing fight will determine the actual ending. Save your people!
Reviews
All Reviews:
Positive (13) - 84% of the 13 user reviews for this game are positive. (84% of 13) All Time
Release Date:
Developer:
Cougar Interactive, Randall Alaimo
Publisher:
Cougar Interactive
Tags
Popular user-defined tags for this product:
Action Fighting Souls-like God Game City Builder
+ 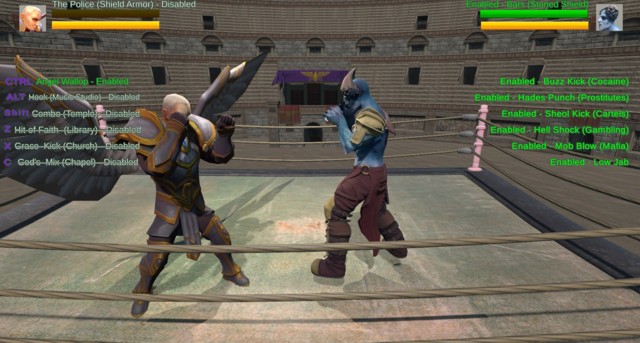