Mechanica is an open-world survival game with a heavy focus on building and programming. Create your own bases, defenses, manufacturing systems and more. Explore the map and expand the scope and complexity of your creations.
Recent Reviews:
Very Positive (17) - 100% of the 17 user reviews in the last 30 days are positive.
All Reviews:
Very Positive (269) - 90% of the 269 user reviews for this game are positive.
Release Date:
Developer:
Deimos Interactive
Publisher:
Deimos Interactive
Popular user-defined tags for this product:
Early Access Indie Survival Building Programming Base Building Sandbox Open World Survival Craft Logic Robots Post-apocalyptic Action Automation
+

“Mechanica is unique in many of it's gameplay features, and I believe community input will be essential in creating the best experience for as many people as possible. While the core gameplay will remain the same in the full version, I am very much open to making whatever changes necessary to improve and streamline the gameplay experience for the community.”

“Mechanica will remain in early access until the addition of multiplayer and a new, larger map. There will also be a significant amount of additional content added before the the full version is released. We are aiming to release the full version around the end of 2020, but this is not definite and may be extended if necessary.”

“In addition to much more gameplay content, the two most significant additions to the full version will be multiplayer and a new multi-biome map. The progression of the game will also be improved with the introduction of an ultimate end-game goal.”

“The core experience is present and fully functional. There is an open-world desert map, many objects to craft and build, a visual programming system, increasingly threatening enemies, and much more.”

“The price of Mechanica will remain the same after Early Access.”

“I intend on Mechanica's development being highly influenced by the community. The main reason for releasing Mechanica in Early Access is so that the community can play a part in guiding the development of the game. All feedback and suggestions are read, considered and appreciated.

You can see exactly what is planned and what is currently being added on the Trello board.

Mechanica is an open-world survival game with a heavy focus on building and programming. Create your own bases, defenses, manufacturing systems and more. Explore the map and expand the scope and complexity of your creations.

Step into a open-world, post-apocalyptic map populated by menacing robots. Establish your first base and begin automating.

Improve your defenses with a range of devices to keep the increasingly hostile robots at bay. Create farms and water pumps to keep yourself fed and hydrated. Try your best to remain alive in this hostile world.

Use the visual programming system to make objects interact in any way you wish. Make a tripwire trigger a flamethrower, use a button to instantly put your base in lockdown, control your mining outpost from across the map - anything is possible in Mechanica. 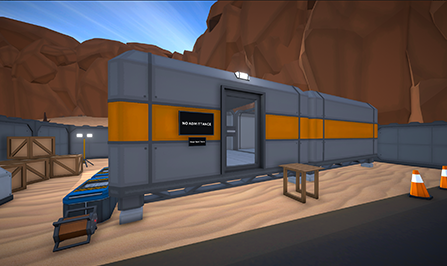 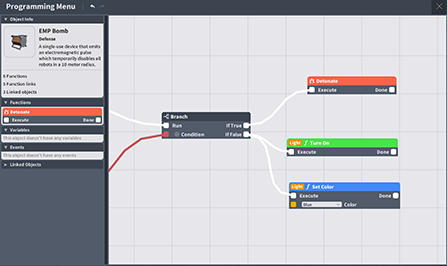 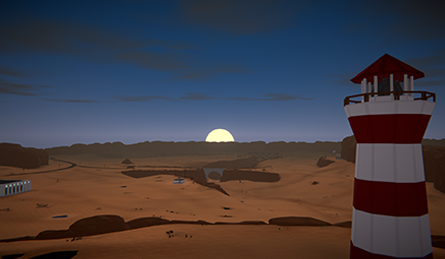