Escape From The Grim

The Grim found love, but his touch killed her! For some time death has come to many with the attempt to bring her back to life and failed. With four lucky survivors, they will attempt to Escape From The Grim and end his madness! Can The Grim's love come back to life? Only time will tell!
All Reviews:
No user reviews
Release Date:
Developer:
NG Smith
Publisher:
NG Smith
Popular user-defined tags for this product:
Action Indie Casual Adventure 2D Platformer Horror
+

Buy Escape From The Grim

Less is more: Jump, Attack, Pause and Move is all you need!

From the start of the game, you can choose 4 different characters with their own specials!

11 levels each with their own theme of different enemies plus a Boss fight at the end of each level!

There's Easy, Normal and Hard difficulties! Of the 4 playable characters, each have their own special playable level when you beat the game on Easy or Normal. Beating the game on Hard will grant you a different ending! 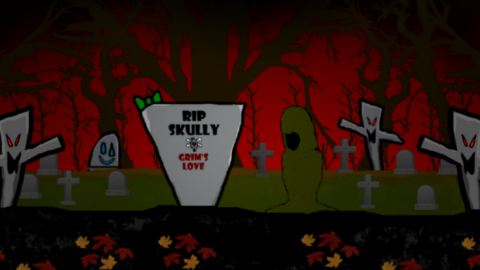 Halfway through each level, you find a Witch who will turn you into a powerful Beast, giving you full health and speed to help you Escape From The Grim!