This is a two-way tower defense game with extremely colorful fluorescence. This version of the game is based on the first version, adding many new technologies and beautiful effects.

In order to survive and clear the level in the game, you must ensure that the health value given is not consumed. So you must defend and attack the enemies in progress by choosing different types of arrays and towers. Each tower can be upgraded by earning money, and the attributes of the tower can be improved by upgrading.

There are a total of 10 two-way maps. 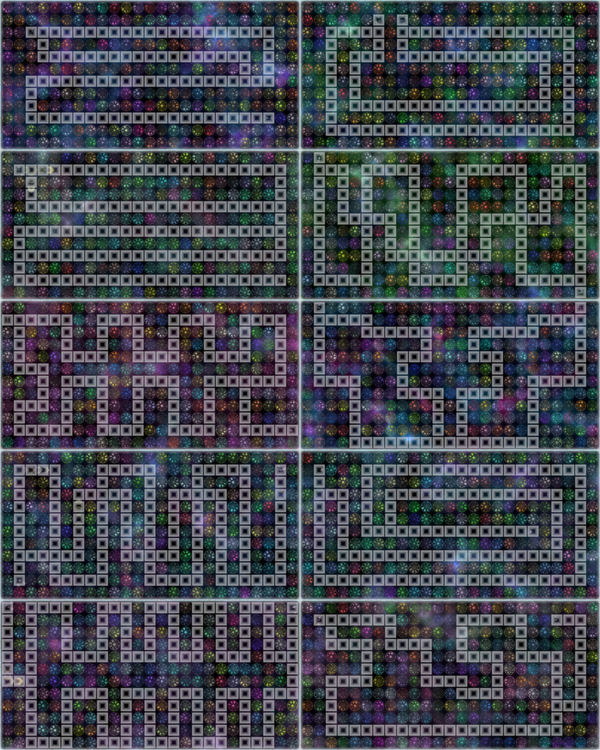 There are 2 sets of towers in the game, each set has 6 towers. The second group of towers is an enhanced version of the first group. 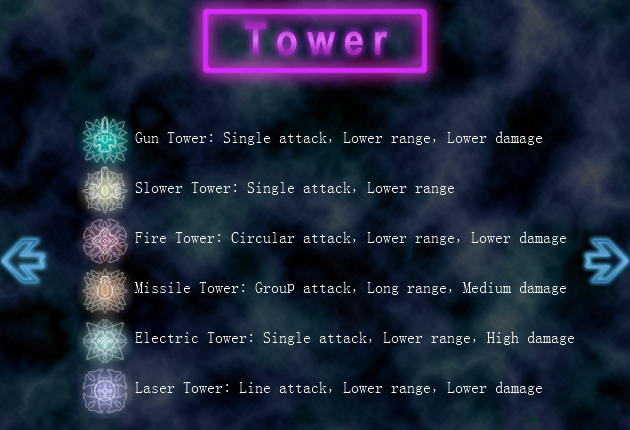 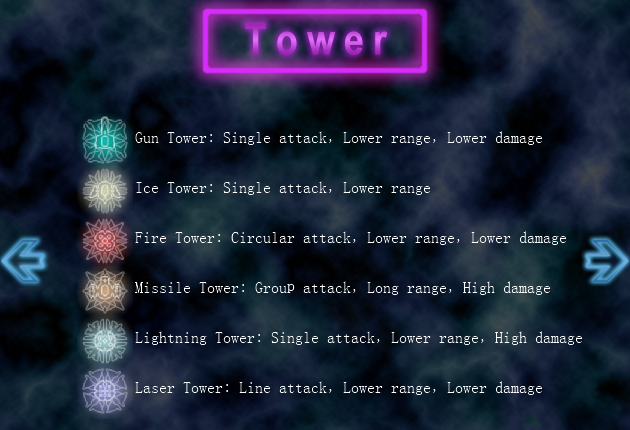 What's newer than this previous version:
-Elaborately designed 10 two-way maps.
-The missiles launched by the missile tower changed from single attack to group attack.
-The path of the monster has been changed from single to double, so that it can be varied.
-Each time you upgrade the tower, the attack effect will change.
-Boss added a boss that can automatically produce mobs every 10 seconds.
-Added dynamic road signs over the previous generation.
-Enhanced Symphony effect display for start and end markers.
-Add specific collision algorithm over the previous generation, which can greatly optimize CPU usage.
-Significantly increased rewards when monsters die.
-Enhanced the transformation of monsters and towers.
-The missiles launched by the missile tower have been specially optimized. Missile tail adds beautiful special effects.
-You can add or delete upgrade towers regardless of the game running or pausing.
-Expanded the layout of the basemap from the previous generation.
-Interface is further fluorescent.
-Support English and Chinese interface.