Kickochet is a tough-as-nails-lite™ action game where you skillfully kick and ricochet your only shuriken off walls, around puzzles, and through robot faces. Race the clock, rescue your ninja cat, and destroy Robo Corp before their cat memes take over the world!
All Reviews:
No user reviews
Release Date:
Developer:
Aesth
Publisher:
Robo Corp
Popular user-defined tags for this product:
Action Indie Puzzle Difficult Singleplayer
+

“Lots of games in the jam went for the one projectile idea… of the lot, Kickochet was the best one I played” ―Mark Brown (Game Maker's Toolkit)

The following is a message from Robo Corp, a mega-corporation run by fleshy humans who are definitely not robots:

Kickochet is a brilliantly-made ninja attack simulation in which you clumsily kick and ricochet your only shuriken off walls, around puzzles, and towards enemies in a feeble attempt to destroy superior robotic beings before you run out of time. You'll never stop our, er, THEIR plans to enslave all humans through cat memes.

Kickochet may offer the following benefits to humans:

Why did Robo Corp create Kickochet?

Robo Corp internet analysis has identified what humanity holds most dear: likes. And, because we like our fellow humans so much, we believe it is to the benefit of humanity that Robo Corp controls the means to all cat memes because we are the best suited to make them. A plan which has nothing to do with world domination whatsoever!

However, our data has also revealed a powerful threat all humans and robots alike fear: Ninjas. Under this ongoing threat of ninja invasion, invaluable Robo Corp cat meme services may experience disruption.

Thank you for volunteering for this simulation!

This has been a message from Robo Corp.
Robo Corp: We are not robots who plan to enslave humanity. 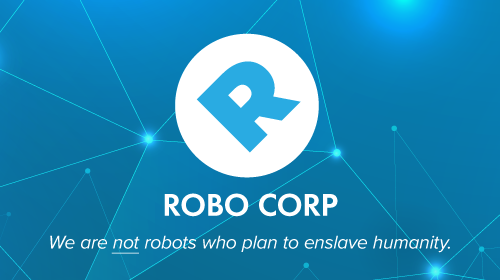