Millions of Minions: An Underground Adventure

You're locked away in the deepest, darkest dungeon. It's time to escape with your army of cute-looking minions. Use them as shields, leverage or to rule the land. Find out why you're locked away and defeat all who stand in your way.
All Reviews:
4 user reviews - Need more user reviews to generate a score
Release Date:
Developer:
Head Tilt Games
Publisher:
Head Tilt Games
Popular user-defined tags for this product:
Dungeon Crawler Top-Down Perma Death Strategy Singleplayer Roguelike Action Magic Indie Early Access Roguelite
+

“We would like to provide this experience to all as promised but due to time constraints: we had to push back full release slightly. This version will also be perfect for us to balance the game to ensure that full release is as smooth as possible.”

“We plan to have the game in Early Access for just over 2 months.”

“The Early Access version will contain 2 areas of the game. The final area will be present for full release.”

“The Early Access version consists of 2 areas of the game. Gameplay mechanics, story and content is present but will be elaborated on in future.”

“Yes: the full release will be a couple of dollars more expensive than early access.”

“The community will be able to join us in Q&As, suggest gameplay and balancing changes and finally watch weekly developer streams.”
Read more

Millions of Minions is a dungeon crawler, in which you must strategically command your undead minions throughout the eerie caverns.

Over time, you will traverse your way upwards, from The Deep Depths: increasing your army, in order to reach the world's surface. However, you are met with never-before-seen, as well as fairly familiar, creatures with unnatural capabilities.

The world is randomly generated and so your experience will alter significantly each time you play which allows for extreme replay-ability.

Take control of your Millions of Minions and show those unnatural beings who rules the unnatural.

With your magic, extract the life force from fallen enemies and use this life force to summon minions. These minions will provide you with a shield from projectiles and as a means of attacking enemies!

Despite being plunged into the The Deep Depths, lights are still emitted.. But who, or what, emits them? That's for you to find out! 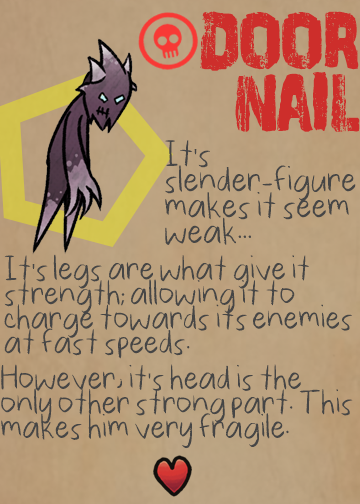