Lasting Solstice
Developer
GudeNeko
Publisher
GudeNeko
After suffering from amnesia, Kazu tries his best to regain his former self. Without his memories, he has trouble remembering close friends and family. With the help of old and new friends along the way, Kazu slowly goes on to his path through self-discovery.
All Reviews:
No user reviews
Release Date:
Developer:
GudeNeko
Publisher:
GudeNeko
Tags
Popular user-defined tags for this product:
Free to Play Casual Indie Visual Novel Anime Simulation
+
Reviews
All Reviews:
No user reviews

Kazu wakes up in a hospital bed without any memories of his past. Under his disoriented state, he meets a young girl by the name of Yukari, a close friend of his who tries her best to ease his troubles. A car accident has brought Kazu here, but Yukari regrets informing him about his mother who's on her death bed. Kazu tries his best to remember anything about his mother, but nothing comes.

After Yukari leaves, Kazu gets up from his bed and drags himself down the hall to the other hospital room where she lays. The mother's crippled form, the unbreathable atmosphere, and the gentle sound of rain. Slowly, it dawned on him:

"My mother's about to die. The mother I don't even recognize."

Shortly after leaving the hospital, he meets another old friend, Shiori, who also begins to help dispel the bleak and uneasy tension in the air. Kazu decides to go back to school in order to regain his past self. He then meets two new friends by the name of Emily and Saori, but Kazu decides to act as if he's a simple transfer student. Kazu thinks that it would be a good opportunity to get a hobby. He is presented with some choices about whether he should pursue painting, music, or whichever. But there is still one question that is left unanswered:

Will his mother survive? 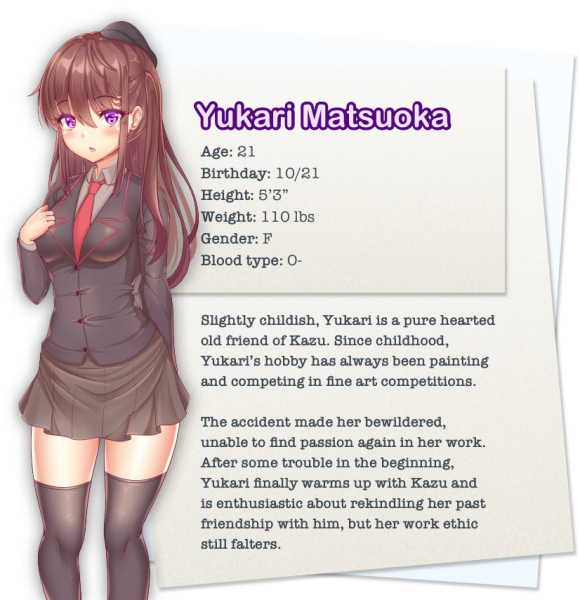 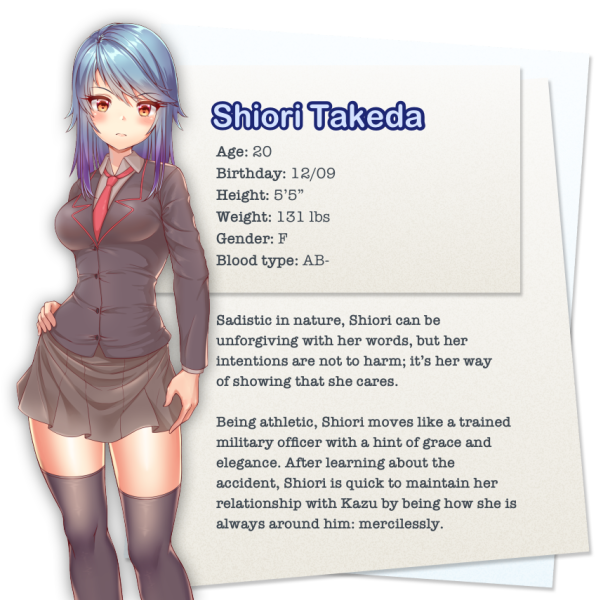 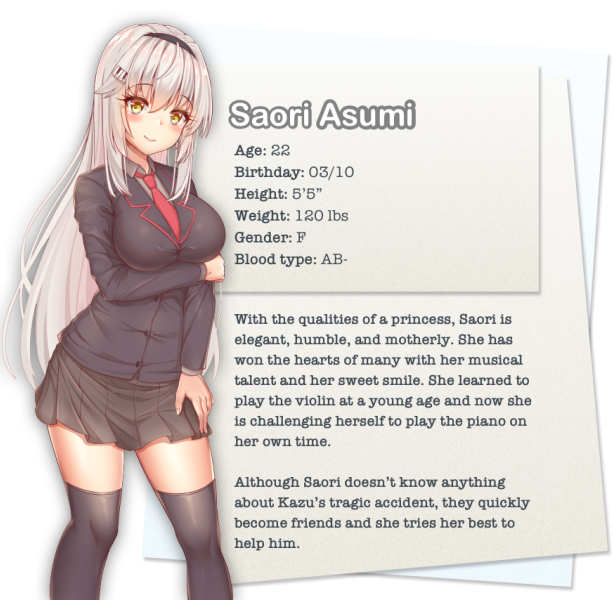 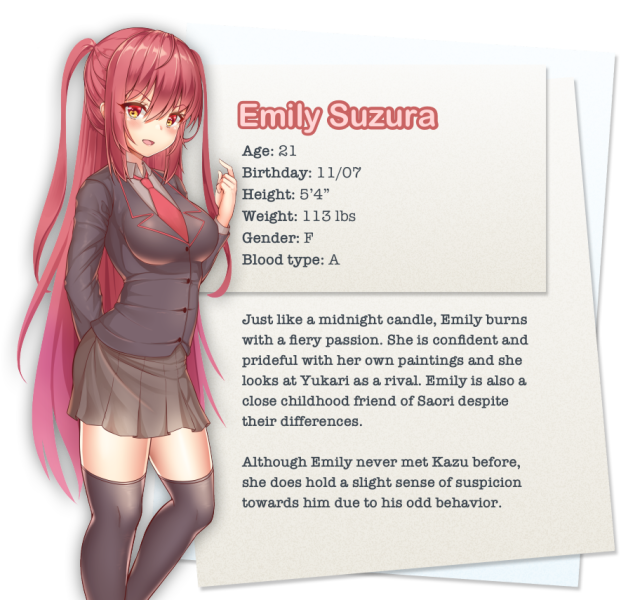