Zombie Slayers introduces a casual day and night cycle, in which you're respectively preparing for oncoming swarms and defending yourself from them.
Each wave will be harder than the previous one, hosting more zombies. And while zombies don't give much money you'll need to balance between purchasing firepower and additional defences.
During development I wanted to ensure that gameplay will be as much replayable as possible through adding character classes, more levels and various modes. 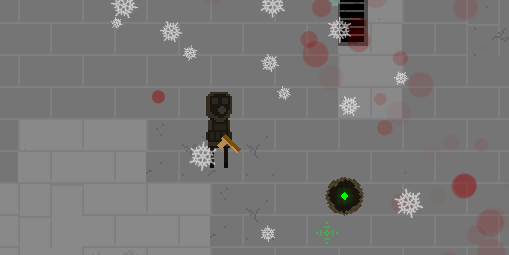 In Zombie Slayers you take the role of a slayer, whose upkeep comes from killing zombies. Since zombies are common problem in this world goverment pays for slaying them. So you can actually assume that being a slayer is like having any regular job.

Slay or be slayed

Every game starts during daytime. Zombies are known to come out only at night and that's why you should use your time to prepare.
The strength of zombies lies in their number. Separately they won't do much harm and aren't difficult to bring down. But as you play you'll learn that common undead aren't your only trouble. You'll meet new enemies such as mutated zombies (they support swarms in their own unique ways) and weather (which will vary, depending on map and affects normal zombies in several different means).

Note that this game is in early access and so, some features aren't fully complete.

Zombie Slayers logo and MM logo (the one which appears as you start the game) are copyrighted ownership of their author - Mateusz Makles (also author of Zombie Slayers). You are not allowed to use them in any commercial way. Music present in game and in the trailer above is owned by its author - Mikołaj Maciejewski. You are not allowed to copy it. © 2019-2020 Mateusz Makles and Mikołaj Maciejewski. All rights reserved.