“We expect to go to full launch in three months from Early Access launch. The game will continue to be updated with new features and content even after the full release.”

“We plan to add more skills and game modes in the full version.

Including: BOSS Tower (name undecided yet).
Each floor of the BOSS Tower has a boss from the main storyline. At higher level, the bosses are stronger. Players have to go back to the first floor and start over once they got defeated by bosses. BOSS Tower comprehensively tests players' combat skills, rune builds and endurance of continuous boss fights.”

“The Early Access version at this stage provides a linear 8 hours' gameplay, including 3 different characters, 17 runes, 25 stages and bosses, as well as 88 different achievements. In order to give players a better continuous playing experience, we also provide a RogueLike mechanism.

Players can operate three different characters to face various challenges. The character operation is delicate. Reacts quickly and accurately to the enemy's attacks in the battle, and grasps the flaws to deal continuous damage to the enemy is the core feature of the game.

The game uses a random map mechanism. In the game, players need to continuously explore unknown areas and defeat unknown enemies in this area. Each player's experience of the game process will be different.”

“We expect to raise the price of the game when it transits into full release as we expand the game, add content and new features.”

“All feedback is taken into consideration. We are excited to hear from you, Discord and Steam Forums are great ways to leave your suggestion. We will also post update notes on Twitter, Reddit and Facebook.” 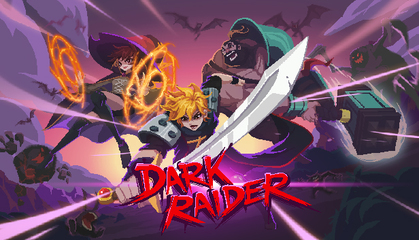 Dark Raider is a new retro Action game brought to you by the same team that gave you Tribemen. Raid hundreds of dungeons, hack through waves of enemies, and defeat powerful bosses in this new take to the Hack & Slash action genre.

The game uses random maps. The player needs to explore new areas and fight against different monsters every time, the dungeon will reset upon the player’s death. So the player will never do the same run twice. 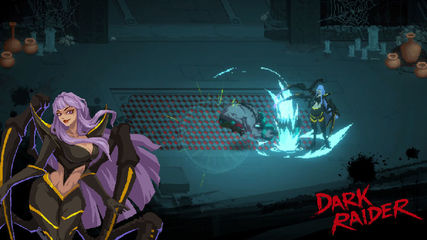 For now, there are three different heroes available. They are Warrior, Mage and Barbarian. Each of them has their own play style. Warrior focuses on fast attack speed and quick movement, he is the best choice to deal with fast enemies. Mage focuses on burst damage, she is very squishy but once you catch the right time, she can deal a tons of damage. Barbarian focuses on survive, he has higher defense and more health, but he also has the slowest attack speed, which players will need to predict enemies move to make him in good use.

Your characters will become stronger and unlock more abilities during each run. There are varies combos you can use, and you can decide which combo to use to counter your enemies. For example, you can use air attacks to avoid ground damage, you can use counter attacks deal higher damage or use charge attack to deal huge damage.

Dark Raider has a unique art style. It uses the modern way to create a retro feeling. It also uses TFR-ISO to make the dungeon more immerse. The player will have a chance to explore this great fantasy world and enjoy their adventure.

Apocalypse has come. It had been prophesied centuries ago, and people all over the world of Ylkis were expecting it, ready to one day face the wrath of the Gods. There is just one problem: each nation has its own pantheon, and every one of them sent their minions at the same time.
Now chaos reigns, and the End of Times seemed inevitable. But the Gods seem to have given us one last chance. The Dungeons have opened and hope has been brought back. It is said that for every Dungeon conquered, the world will live another day, and that humanity may prove its worth to the Gods once again.
And so the race against time began. Will you save the world from its impending doom, or will you be the one who brought upon its extinction?

When the game enters battle, there will be frequent violence and blood.