One-Eyed Lee and the Dinner Party 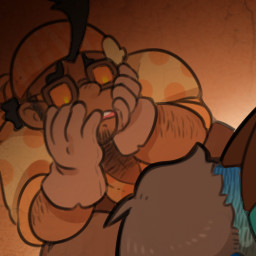 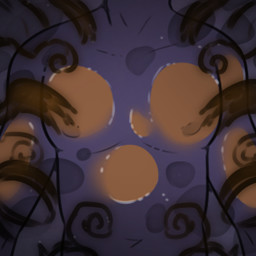 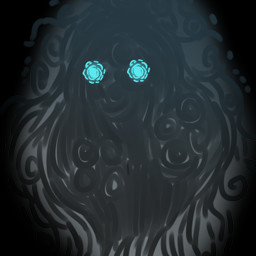 “These casual conversations dealing with numerous social issues, mixed in with clever puzzle usage and a fantastic art style makes One-Eyed Lee and the Dinner Party a welcome surprise I wasn’t expecting. I actually adored the hybrid style of point and click with VN and honestly wish more would utilize the approach to expand the enjoyment of PaC.”
Jacob Vorstenbosch 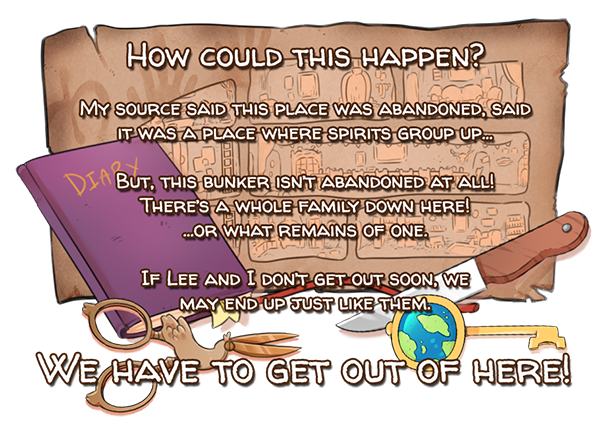 ABOUT THE GAME:
Beracus and Lee finally have a lead to more information about a potential cure for Beracus' suffering village.
Upon finding the entrance to an apparently abandoned bunker, the two become trapped inside and discover the place is inhabited by a family of hospitable cult members, who also happen to be skeletons. The family mistakes the two for fellow members, and invites them to "stay for the party" and wait for the "New World". Unfortunately, Lee and Beracus don't have that kind of time! They'll similarly meet their deaths down there if they don't escape, and they still have to find their all important cure!

Together they must explore and talk to the skeleton family to discover clues, collect items, and try to unravel the tragedies that turned this simple bunker into a tomb.

GAME FEATURES:
-Point and click your way through a mysterious bunker!
-Uncover the horrifying events that happened there...
-Meet and greet a family of skeletons and decide if they are friend, or foe!
-Get to know, guide, and ultimately judge, your pal One-Eyed Lee!
-Casual, easy to pick up puzzles
-8 different endings!
-3-4 hours for each complete playthrough
-Completely original art, story, and soundtrack
-Available for Windows, Linux, and Steam OS 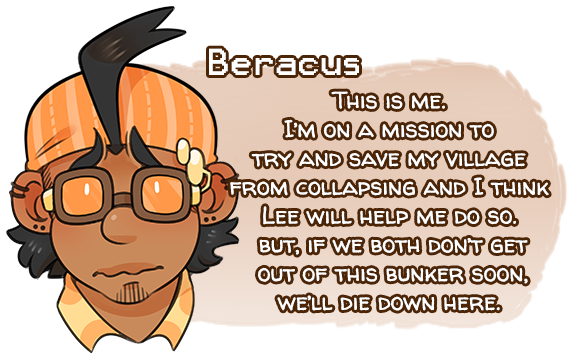 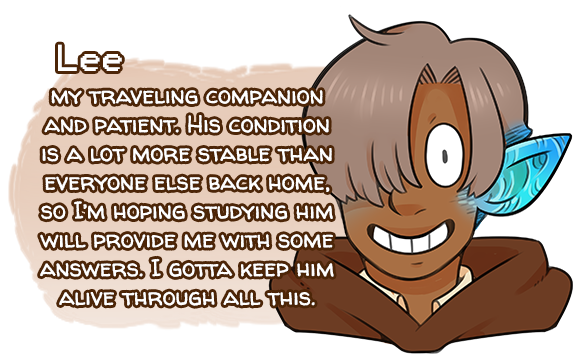 DCS hopes to make the "One-Eyed Lee" line of games into four parts all featuring Beracus and Lee. As the story continues, we will learn more about both of them, and learn more of Beracus' journey to save his village. Will Lee stay by his side and help him? Will Lee leave? Will Lee even be the answer Beracus oh so hopes him to be? We'll find out!

ABOUT THE MUSICIAN:
NomnomNami makes her musical debut on Steam with a completely original soundtrack!
Known for such titles as, "Lonely Wolf Treat", "Syrup and the Ultimate Sweet", and "Her Tears Were My Light", Nami is a game developer who also composes music, and has written some very spooky and fun tracks for this game.

Nami also helped code huge chunks of this game, so without her, this game wouldn't be possible. Thank you, Nami!