“Colossal Saga has come a long way from when we started in 2019. It is very close to completion, and has its foundation built in conjunction with the feedback we received through social media and EGLX expo that helped us gain insight on what our players like and enjoy. With Early Access, we can continue to take our community's feedback to steer the remaining content pieces, features and balancing changes into the right direction as we work on the game.”

“We estimate under 2 months.
Early Access will help ensure we keep the game's feel intact with what our players enjoyed the last time Colossal Saga was at a public event. There's been a big gap from then to now where we've been working away and added the majority of content the game has today.
The Early Access development will focus on: finishing the last 1-2 characters, polishing combat design, perfecting online save files, adding skins and other rewards/features.”

“Final version will have the perfected roster of characters with graphically improved skills, more maps for Dungeon mode, Versus mode and more rounds for Survival mode. Combat mechanics will also be cleaned up, and the online global leader-board with rankings will be refined with the help of our players, so by playing our game in Early Access, you can impact the game's development directly!”

“The game is very close to completion. 85% of the planned characters, maps, modes and gameplay features have already been implemented and fully completed.”

“Yes, the full game may be priced slightly higher than the Early Access version. We estimate it will not be anymore than 15% higher.

Note: Those who purchase the Early Access version will not have to pay the additional price increase, and will have the full game for no additional cost. Don't miss out on buying it early and receive free updates!”

“We always encourage players to communicate with us through our Discord, Twitter, YouTube and various other social media. We share progress videos and sneak peek GIFs often to let our community see exactly what elements of the game are being worked on at all times.
Feedback is very important to us; many suggestions and ideas from our Discord members have directly been added to the game.”

Early Access is available to purchase and play.
85% of the game has already been completed, and we'll be using Early Access to finish the remaining 15% and perform the final touches. You can play the game to its full capacity as we develop. With updates and new features being added very often, you'll be seeing new material almost daily.
Early Access players also save on the price increase that the full game will have, as they'll receive the full game for no additional costs when it's out!

Master a variety of unique characters with layers of depth!

From the once peaceful town of Celestia, gather a team of friends and take on a horde of enigmatic evils and bosses in dungeon crawls, survival rounds, racing against the fate of time, or battle it out among yourselves to claim the top hero spot!
Challenge yourself with the many modes and take back the corrupt lands of Celestia taken over by the colossals!

What is Colossal Saga?

Colossal Saga is a local multiplayer (1 to 4 players) action-fighting game with unique, dynamic characters available to play on several well-known classic game modes.
The skill-based mechanics-driven combat is easy to pick up for a group of friends trying the game for the first time, and difficult to master, greatly rewarding players with experience and practice. 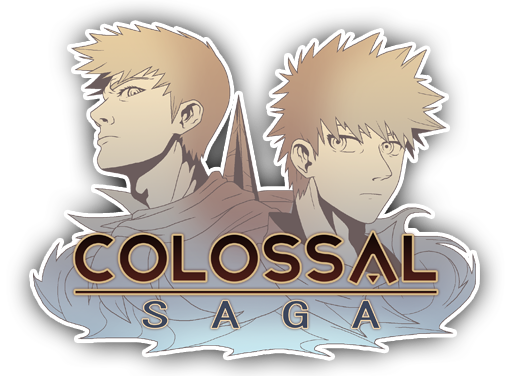