A comedy, but very NSFW visual novel featuring Aria. She's a sweet, vibrant, innocent, indecent girl who is out on her own, but not for long! You can eat with her, talk to her, or just stare in awe of what just came out of her mouth.
All Reviews:
2 user reviews - Need more user reviews to generate a score
Release Date:
Developer:
Dominic Wilson
Publisher:
Domonization
Popular user-defined tags for this product:
Simulation Indie Casual RPG Sexual Content Nudity
+

Warning: Game contains nudity, strong language, and really stupid humor. It has sexual content, and is recommended for mature audiences only. All characters are 18+.

Meet Aria, a sweet, vibrant, innocent, indecent girl who has just recently been dragged into adulthood kicking and screaming. She's now out on her own, and wants a refund from life! She's down on her luck, but also in luck! She's ripe for the picking, and already has two pickers: Helena, her bestest online buddy, who's trained in the art of fourth-wave feminism, and Jim, a man who just ran into her, could probably never love another person more than the sight of his own reflection! Over the course of the game, you'll come to understand Aria (or at least try to), and learn what makes her heart soar straight into the sun... and what makes her rage. And maybe.. just maybe... if you're lucky, you just might get lucky! All characters are 18+.

This game is a comedy, but also very NSFW visual novel, based off the Sweetest Feminist comic series. The gameplay is based on choices that the player makes, and making bad, good, or the best choices. The player will not want to make Aria too angry if they wish to progress, but it's really fun to make her angry, though! The game features two modes, 68 choices, and 6 endings total. (Some endings are more difficult to access than others.) 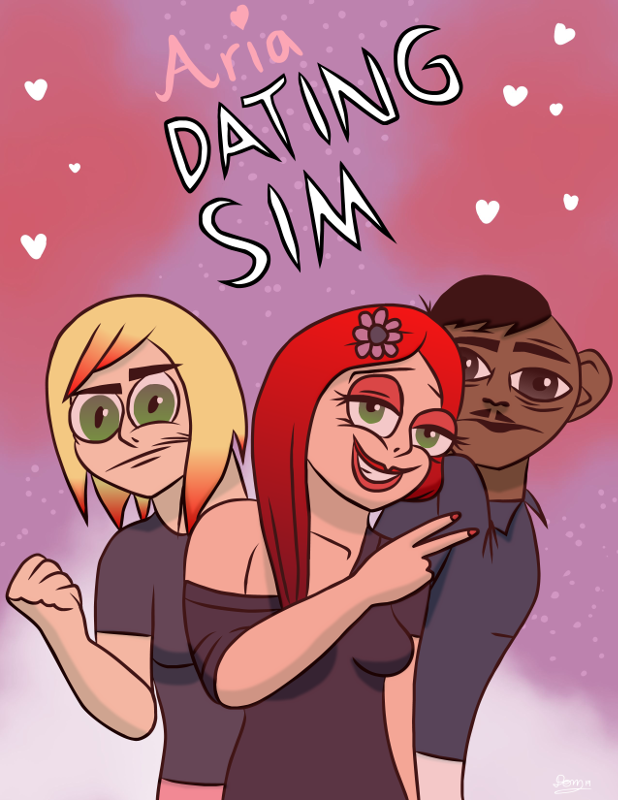