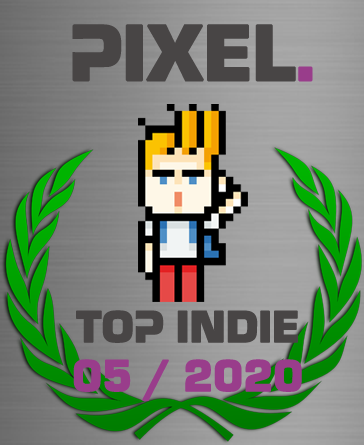 “We want our early supporters to be involved in the development, watch our day-to-day updates and provide feedback along the way to make the game we all always dreamt about.”

“The Mists of Noyah has a relatively big framework and rich content. From the very beginning, we wish to create a game world that we can keep expanding and enriching. Therefore, the game will be in Early Access for quite a long time (at least 12 months), depending on how satisfied the players are to the mechanics and content we currently have.”

“The full version of Mists of Noyah will include much more content, a complete storyline and a lot of features currently missing from the Early Access version.

“We are planning on involving the community as much as possible as we develop and design Mists of Noyah. We are particularity interested in

In Mists of Noyah, you start in an abandoned fort that has been attacked and destroyed by corruption, and you’ll have to explore the world to find the inhabitants who have managed to escape the attack, to rebuild the fort and return to war!

During the day, you’ll have to collect resources such as wood, iron, gold, special ores, plants, food, and search for lost inhabitants of the ancient fort!

During the night, you’ll have to build defensive gates, regroup with the found inhabitants and protect yourself. Every full moon, the demons lash out at your fort and get stronger with each attack. If you lose the fort and can't get it back in time, you LOSE THE GAME!

You start in an abandoned fort, and need as soon as possible to find all the former residents there who fled during the corruption attack. Among the residents, you will find soldiers, archers, engineers, mechanics, alchemists, merchants and more.

The factions are smarter monsters, who build bases to get stronger. You'll have to destroy those bases before they create an army to attack your fort! \