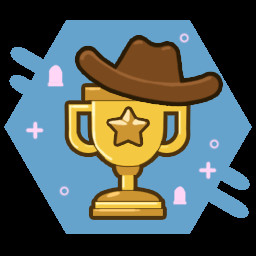 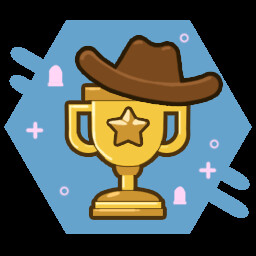 Check out the entire No More Robots franchise on Steam

TombStar is a top-down Space Western shooter with roguelike elements that will test your mettle. Go head-to-head against the galaxy’s toughest creatures in heart-racing bullet-hell combat.

WE’VE GOT A PLANET TO SAVE, PARTNER

At the edges of the Frontier Galaxy, the notorious Grimheart Gang have driven away every peaceful settler and taken over the planet TombStar. Free the planet from the tyrannical grip of their leader, King Killcard… or die trying.

UNLOCK AN ARSENAL OF DYNAMIC WEAPONS

From splattering shotguns, to the powerful Armageddon Expander, or the festive Fireworks Cannon, there’s a whole lot of ways to serve justice to those wretched Grimhearts.

When the going gets tough, seek out the morally questionable Duon brothers to provide you intimidating perks. Upgrade these enhancements and soon you’ll have the Grimhearts shaking in their boots.

Play as Jack Galloway and strive to become a galactic hero just like your father. Step into the shoes of Benson Gara, a Lyroid-species environmentalist taking matters into his own hands. Or live up to the legend that is AJ Starchild, a highly decorated sniper gone rogue to seek her revenge.

Discover each character’s unique abilities and play styles to find your strongest contender for defeating the Grimheart Gang.

Blaze your way through hordes of assorted space scum, from pistol-wielding cowpokes to robots with death lasers. But stay sharp, the game changes with each run so you never know what you’re gonna get.

MANY YARNS TO SPIN

Collect messages from the past to piece together what happened on TombStar, and learn each character’s motives for taking down the Grimhearts. Where is Jack’s father? Why did Benson Gara come here alone? And what unforgivable act lies at the heart of AJ’s story?

More from No More Robots