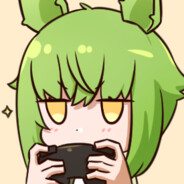 “Kings of Wings is a side-scrolling race/fight where you need to make your opponent fall off-screen or collide into an obstacle. Controls are slippery but that's part of the fun. 5/10”

A story about dignity...

A young, ambitious pigeon named Lord Crumbs seeks to stop pigeons from being a joke. In order to do this, there's only one true way of earning respect amongst bird kind... through the Kings of Wings Tournament! A very, very, veeeery dangerous survival race in which only the best of the best can get to the top.

In order to become the most respected bird in history, Lord Crumbs must defeat:

Can Lord Crumbs get to the top or will he reaffirm that pigeons are nothing but jokes?