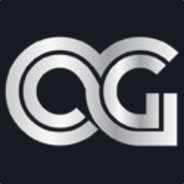 “Definitely recommended. I use it to make coats of arms for the armies and families in my books. If you're in need of a coat of arms for gaming, or creating, or even just for fun, this is it.”

Read the full review
Discuss this review
Links & info
Is this software relevant to you?

“Heraldry is a very colourful and multifaceted art, every object that can be described with words can exist on the coat of arms. That means that there will always be arms that will be impossible to create even with most advanced program. Nevertheless the goal of Heraldry Studio is to get as close to this ideal as posible. Heraldry Studio is in Early Access, so that the community has a way to tell in which direction it should evolve, which new functions of Heraldry Studio should be added now and which later. (Discord: https://discord.gg/StwnxP6)”

“First of all the full version will have collections of diversly themed charges, selected by community. Other functionality that could possible be added (if picked by the community) could be: crests, mottoes, alternative colour schemes, interface improvements etc.”

“Heraldry Studio already supports creation of a complex arms from ordinaries, charges, field divisions etc. At the moment of EA relese it has only couple of simplest geometric charges.”

“At the time of the full release the price will be double of what it is at the moment of EA release.”

“Please, join our Discord for discussions and votes on the direction of Heraldry Studio, and meanwhile support the development by wishlisting or purchasing the program. Discord: https://discord.gg/StwnxP6.”
Read more

Heraldry Studio allows user to create and export a unique coat of arms, according to the rules of heraldry.
Heraldry Studio is not a graphics editor. It creates a coat of arms with given rules, and allows to export the result as a PNG file. The generated arms can be used for personal goals, role-play, historical reenactment, illustration, learning.

Heraldry Studio features field divisions with different directions, field covered with charges (semé), honourable ordinaries, combinations between ordinaries and other charges. The program has simple inputs - all available functions always are found on the screen. Composition of the arms is displayed in a graph on the left panel.

Users of Heraldry Studio are allowed to use created arms for other projects, including commercial ones.

Historically, at some time between the First and the Second Crusade knights started to mark themselves and their property with simple contrasting designs. That is considered to be the beginning of heraldry. With time arms started to be used by all classes and institutions of society and heraldry acquired strict rules. Nowadays arms are still accompanied with myths and untruths but there always have been a need to create new arms.