In V1RUZ, you see yourself stuck in the middle of an ever growing virus epidemic in the USA. Learn how to craft weapons, tools and fight against the living and the dead to survive in this cruel, rotting world.
All Reviews:
Positive (19) - 94% of the 19 user reviews for this game are positive.
Release Date:
Developer:
Polyverse Games
Publisher:
Polyverse Studio
Popular user-defined tags for this product:
Action Indie Adventure RPG Simulation Early Access Violent Open World Survival Craft
+

We plan to add major changes into the game during the early access period, new maps and missions for the player. We will be developing the game further based on the feedback we receive from the community.”

“We plan to add a lot of more features, expect somewhere between 3 months and 1 year.”

“The final version will have a lot more content and game mechanics, also,we have a game world that will grow during the early access period, so expect to be playing in a world that will be expanding overtime, with a lot more features.”

“Currently the game gives a little taste of what to expect from the final game.

Explore a 2km*2km world with many loot zones and a realtime day/night cycle and dynamic weather.
The player can loot lots of different materials to build a camp by crafting tools like fences, campfires, a grill to cook meat, traps and many more.
There are 3 guns the player can use a Pistol, a Bow and Shotgun and 3 melee weapons a knife, an axe and a baseball bat.
There are Zombies, Bandits and Wild animals as enemies.”

V1RUZ is a top-down survival game set in an ever decaying USA. A virus epidemic has struck and every living soul is turning into a rotting and aggressive ghoul. In this unforgiving game, you have to survive against living and undead foes alike! Gangs of bandits will be spread throughout the world trying to survive just as you do, raid their camps, defeat them and collect their loot.

Slaughter zombies by blowing off their limbs and annihilate them! Craft a machete and go ham!

Explore a 2 x 2km map with various locations and places to loot from! 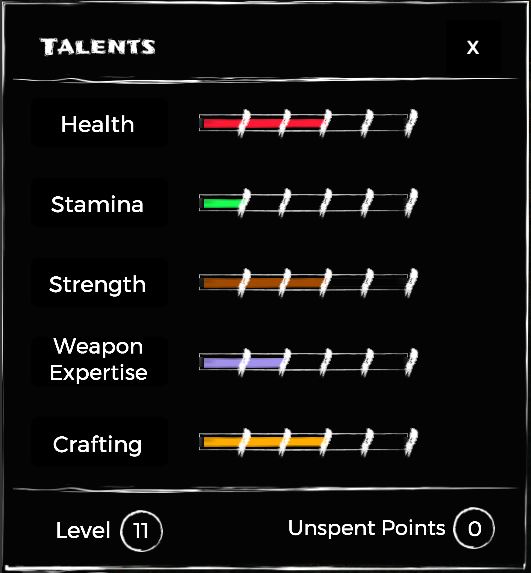 Play and complete objectives to earn experience points and upgrade your character! Reach maximum level so you can survive for the longest time possible and unlock every crafting recipe in the game!

Craft and build up your camp to have a safe place to store your supplies.