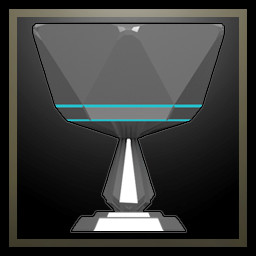 LaserZone is a Sci-Fi, top-down puzzle game.
In this game, you will be playing as ‘Handel’;
the protagonist who finds himself trapped inside lethal puzzles,
and aims to escape by using his brainpower.


What you might have come across during science class in school, now returns as puzzles in a concise fashion.
This is the key feature of the LaserZone.

Sometimes, in LaserZone, reflexes are crucial for your escape.


LaserZone is indeed about solving puzzles.
But sometimes, you’ll need to fight and evade.

As you continue the game, the difficulty will generally increase.
However, you will be given Tools and Upgrades to overcome any difficulties.

You may acquire a few equipment with luck,
but most upgrades will cost Resources which must be earned with effort.

Handel wakes up inside his crash-landed spaceship, suffering a loss of memory.
He searches nearby places to recover from amnesia and find usable parts for the spaceship.
Shortly, he sets his foot in an enormous facility, unknowing the existence of deadly traps lurking inside.
Will he be able to recover his memory, and reclaim the treasure greater than his own life?

Several characters including Handel will appear in LaserZone.
Handel talks with them, sometimes confront them, reminds himself of what happened in the past, and moves forward to end the journey once and for all.

LaserZone is a 2D game with a three-dimensional effect. It is built based on Cycles Render from Blender Cycles 3D Tool.

Thanks to Cycles Render's power, we have created a world brimming with futuristic artworks and Sci-Fi atmosphere.