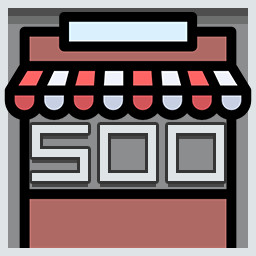 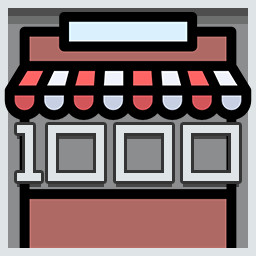 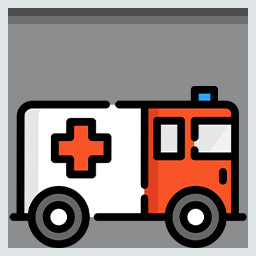 “Hey, we're Polycorne, a new independant video game development studio. Silicon City is our first game!
We're commited to bring you an amazing city builder full of the features you've been waiting for.
We're releasing the game in early access to let you enjoy it while supporting us to keep working on it.”

“The final version of Silicon City will be as you'd expect it: a retro city builder focused on data analysis and micro management.

A new UI
We've been working on it for months now, this is almost ready. Before the end of the year, you'll discover a modular UI, scaled for a game with ambition.

Full procedural buildings
If you play the game with the current version, you'll find some prefab model of some houses and shops. We're developping our procedural engine step by step to replace them and give you the most diverse possible models in all your cities.

Mods and custom content
We will give you the opportunity to write down your own games and missions.

Politics
Get ready to campaign for the mayoral elections!
The opinion of your citizens will matter. A political opponent might take you out of the game if you don't gain popularity amongst your citizen. Place urban planning ordinances to restrict or define a neighbor's look and density.
Achieve missions for your citizens to go high in the polls! Watch trending tags from your city's social network to locate problems and solve them.

Public transports and roads
Roads will become as more complex as you would expect, with multi-lanes avenues, one-way streets and customizable intersections. Public transports such as buses, tramways and metros will help your carbon footprint and your citizen's options to commute to work. Manage any bus stop, bus line and keep an eye on your budget to keep your street traffic less.

Schools and education
Schools will raise the skills and education of your younger citizens, before they are in age to go to work. Older citizens will be able to visit museums, libraries and any other cultural buildings to evolve their taste, and increase their skill set. With a good budget management, education will be a fundamental tool to help your citizens lives.

Disasters
Hold on to your keyboard while your fate might not go in your favor. Pray for no casualties when mother Nature gets angry and sends fires and heavy storms. Hope that plane will not crash into your new office buildings.

More scenarii
The 3 levels of the tutorial will be expanded to a new level with 6 original scenarii.

“The game is currently stable. The core engine has been carefully though and developed in house for all the changes and any features to come.
Right now, the player can create any map of his liking through the level editor and start the city.
During the game, new buildings get unlocked along the city's rank. Today the buildings of the rank 4 are still missing, but the game remains playable and your city can grow without any further limitation.
Features such as criminality, fire coverage and pollution are not yet active.”

Join our community to give away your feedback and download exclusive content!
We'll publish articles at every release to show you our updates.

Community page and discussions on Steam will be monitored here:
https://steamcommunity.com/app/1121200/discussions/”

Retro city building is back!

Silicon City is a tribute to the good ol’ city builders from the 90’s. It revisits classic game mechanics such as grid-based playground with procedural development, different types of construction (residential area, public service building, shops and offices, parks and cultural areas) the organization of road traffic and managing the evolution of citizens.

As the newly-elected mayor, you’ll start from scratch. Transform an empty piece of land into a concrete jungle, welcoming thousands of citizens.
Build residential areas for future electors to move in. Provide them with electricity, entertainment and jobs. Monitor their financial situation to tweak and polish your urban layout.

You must be re-elected! Citizens are counting on you. They will spend their days between work, entertainment and social activities. Provide them a variety of schools and jobs to help them to boost their skills. Meet their demands to grow your followers for the next elections.

Get ready to face your worst enemy: traffic jams. Thanks to our own specific technology, you’ll get a better understanding of how to optimize the navigation of your citizens.
It’s essential to prevent them from losing their jobs, because they have been trapped in the morning rush hour, and on top of that it will cause less pollution. Also, don’t let them drive for hours to get basic groceries. They’ll be grateful.