Take on your friends and upgrade on the fly in this 1 to 4 player split-screen arena shooter!

Engineer Arena is a frantic first-person shooter centered around earning "bits" used to buy weapons, grenades, and new abilities at any time, and using those to defeat your friends in classic console-inspired split-screen FPS action.

Scientists and engineers are working together to build an advanced combat simulation - in a world where warfare is decided by fights between up to four participants in tight, particularly designed arenas, they've put their heads together to develop a suite of weapons, grenades (throwable objects, really), and abilities that may get put to use on the battlefield. Participate in the simulation as one of many object-head characters, earn bits to synthesize these weapons and ammunition for them, and crush your friends! 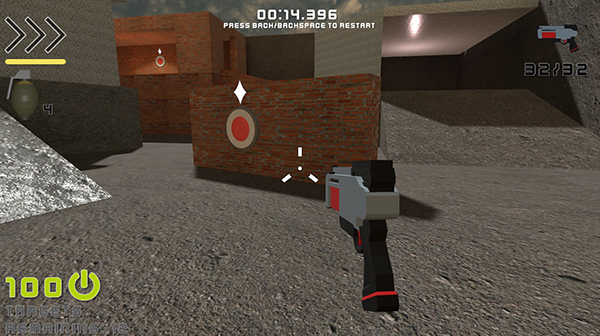 Playing on your own? Try out the 1p Target Shot mode! Use the arenas as a testing ground for all equipment in the game, and go for the best time on each of the game's levels!

The game also features Classic Death Match, King of the Hill, and Capture the Flag Gameplay for 2-4 players. 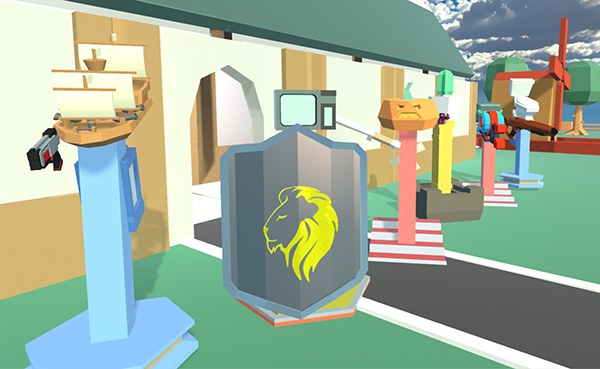 Choose from a selection of fun object-heads! No loot boxes, premium skins, or other surprising mechanics to be found!