Eleanor 3 is a dating sim where you need to make various choices and perform actions based on a daily schedule in order to put her life on the right track. In this story, you'll meet characters from the previous parts as well as new ones. 1000 static images and over 80 animations (30 frames each).
Recent Reviews:
Mixed (15) - 66% of the 15 user reviews in the last 30 days are positive.
All Reviews:
Mixed (90) - 68% of the 90 user reviews for this game are positive.
Release Date:
Developer:
Lesson of Passion
Publisher:
Lesson of Passion
Popular user-defined tags for this product:
Sexual Content Nudity Simulation Adventure Mature Female Protagonist NSFW Visual Novel
+

Thanks to the black magic we've upscaled visuals to 1080p to add extra details to ELEANOR's story. From 750 MB to 1.7 GB. What's more we've introduced a new save system. Have fun! 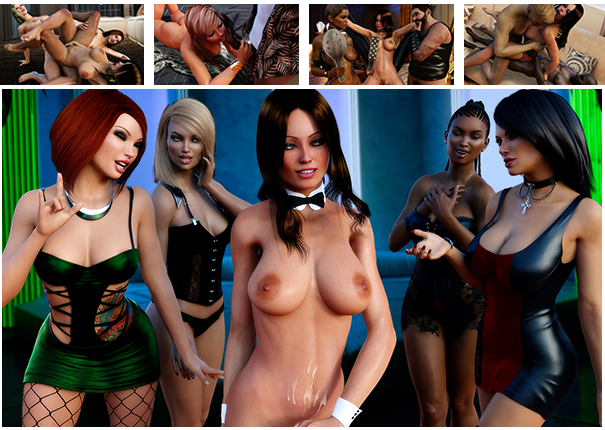 Eleanor 3 is a dating sim where you need to make various choices and perform actions based on a daily schedule in order to put her life on the right track. In this story, you'll meet characters from the previous parts as well as new ones. You're in command here, so, according to your actions, Eleanor will become their best friend or... take off her panties in front of them, exposing her wet cunt while awaiting their rough touch. But hey - she is married, so don't forget to balance life between her wifely duties and her more adventurous lifestyle. Though maybe balance is overrated?

But that's not everything: there is a huge shadow circling around her life. Can you identify it? Can you stand against it? And, most importantly, not end up with her soul and body consumed by its lust for revenge? 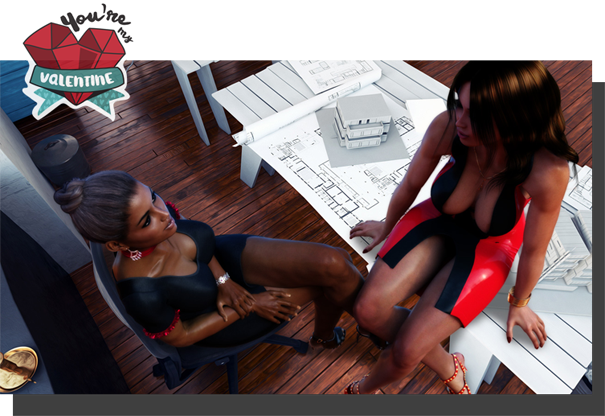 Last time we met Eleanor, she'd moved with her husband Drake to a new city in order to start a new job - her husband had founded an accounting company and she would be... his assistant, jumping on every dick she could see around her.

One of those dicks belonged to Don Mario, a local crime boss who fed Eleanor’s immense appetite by letting her dance at his club and have all the sex she wanted. The only catch was, he wanted Eleanor to convince her husband to do more dealings with each other. In other words, Don Mario had dirty money and he intended to launder it through Drake's company.

When the situation blew up, he framed Drake and it was Eleanor's husband who was arrested for the crime boss' sins. Eleanor wasn't even able to testify to protect him - Don Mario blackmailed her, saying he would reveal all the dirty stuff she had done in his club.

Ashamed, afraid of what might happen if Drake found out, and desperate protect their marriage, Eleanor didn't take the stand and kept her mouth shut. With no character witnesses to speak on Drake's behalf, the judge sentenced him to six months with no parole.

So, in four days Drake will be coming back from jail and she just can't wait till that moment. Will he ever forgive her? Is she going to make him love and trust her again? Or maybe Drake is a closed chapter of her life and it's time to look for new... inspirations? As always, you have thirty days to find out.

SHE NEED TO MAKE EVERYTHING RIGHT... OR?

She is ready to sacrifice everything to be forgiven by her husband. Her strict rules are:

- Avoid temptations, flirting with well-built guys, and fooling around with girls
- Only get a legit job, with decent people around her and a salary good enough to live with dignity
- Spend all her free time with her husband and make him the happiest man on the planet

But... do you actually believe she will be strong enough to abide by monogamy?

Now you have a unique chance to create your own Eleanor. Try to imagine your perfect wife and assign those perks that would suit that character best. Bear in mind that said perks might be crucial in-game, giving you access to unique options available only when a specific one is assigned to Eleanor.