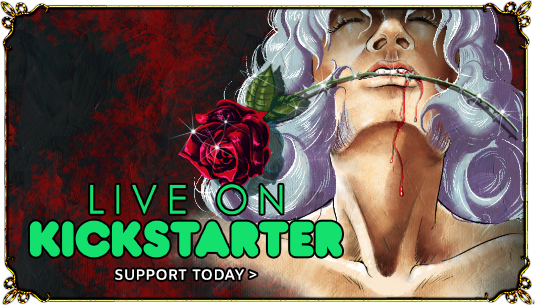 Year 17XX - Austria: former orchestra conductor Heinrich Steiner accidentally discovers the horribly mutilated corpse of an unknown person into the local theater. Someone turned that body into a working musical instrument. Heinrich, a passionate musical composer, is stunned: how can someone create something like this? Obsessed with the murderer and his musical skills, Heinrich is going to discover a tremendous truth hidden behind the luxurious curtain that covers the entire city. Who is the killer? Why is he doing all this? And more importantly: will Heinrich be able to discover his identity without being killed?

Following the steps of the former orchestra director and skilled composer Heinrich Steiner, the player will uncover the secret behind a bloody trail of terrifying murders. Blood Opera Crescendo is trying to "break the limits" of RPG Maker, offering improved graphics, a deep story and game mechanics inspired from series like Ace Attorney. During the game you will face interrogations and misdirections: if failed, they will lead to game over. Unlike other "classic" adventure games, in Blood Opera Crescendo you can fail and the world is dangerous.

- A terrifying and elegant single-player adventure: a journey through the Baroque era on the trail of a murderer who transforms human beings into musical instruments
- A refined soundtrack enriched with classical music masterpieces
- 8-10 hours of gameplay for the complete game
- Investigate, deceive, solve the mystery... and don't get arrested (or worse!)
- Uncommon adventure game mechanics, some inspired from famous series like Ace Attorney: rhythm game, stealth, interrogation/misdirection phases
- Platforms: Windows (Steam)/Linux
- Control: Keyboard/Joypad
- Price at launch: 10 €
- Languages: English, Japanese, Italian