Feature of this game

This game is a 3D flight shooting arcade game.
The most realistic terrain graphics in the series.
Fighter planes and ground weapons appear simultaneously.
The story expressed in movie(video). 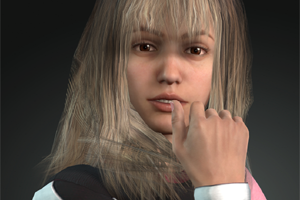 The story is expressed in a video that the player's wife recalls. 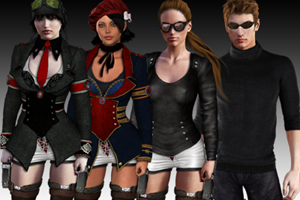 Selectable Wingman (Will be)

An era when the meaning of stealth fighters disappeared due to the development of radar technology.
The war between Willsword and Maxell ended in 2072 with the victory of Willsword.
The XF-99 Joint Strike Fighter "Artemis" that showed unbeatable defense in the war was redesigned as a mass-produced MF-100.
During the redesign, confidential parts(ultra short range missile defense EMP system) were removed from XF-99.
The original XF-99 was stored under strict security.
Willsword, now the world's police, deployed the MF-100 to the anti-terrorist squadron: SCARLET.
The squadron also aimed to let the people know it was working against terrorists.