A pirate quartermaster
Developer
Ivan Armandy
Publisher
Ivan Armandy
Did you think you'd win with a snap of your fingers? Did you think you'd see a crew as a number? Did you think you'd gorge without fear of judgements? But, sir, you're not in the Royal Navy. The pirate's life is a life of dreams. And it's precisely because we have a shitty life that we have dreams.
All Reviews:
Mostly Positive (33) - 75% of the 33 user reviews for this game are positive.
Release Date:
Developer:
Ivan Armandy
Publisher:
Ivan Armandy
Tags
Popular user-defined tags for this product:
Pirates Sandbox Simulation RPG Typing Management Naval Combat Replay Value Funny Politics Procedural Generation Open World Adventure Difficult Perma Death 2D Colorful Singleplayer Indie Strategy
+
Reviews
All Reviews:
Mostly Positive (75% of 33) All Time 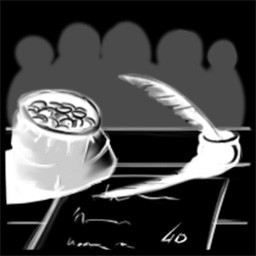 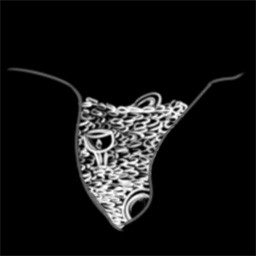 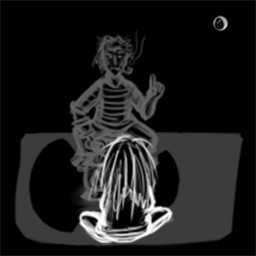 “Well, this game was weird. And possibly quite brilliant, too. I’ve never played anything like it, to be honest. It’s at once an obsessively complex deep dive into maritime history, but set in a strange fantasy world, and a weirdo RPG about being a pirate. There’s worker placement activities. There’s dialogue segments. There are resource management elements. Ship-to-ship combat involves a (fucking astonishing) typing game, and then a sort of side scrolling beat ’em up bit? A huge element of the game revolves around managing your relationship with the ship’s captain, and choosing how often to contradict their orders. There’s eerie, awful, brilliant music. It occasionally reminded me of Dwarf Fortress. What I’m saying is, there’s no way of summarising A Pirate Quartermaster in a couple of paragraphs. It was like a game made in a parallel universe with entirely different ideas about what a game should be like, and I’ve rarely encountered something with such a hit rate of entirely original mechanics. The demo only let me dip a toe into this odd and salt-stained world, so it’s hard to say whether the full game is likely to be entirely engrossing, or a barely-playable mess. Either way though, and I don’t say this lightly, it’s some kind of masterpiece. Don’t let this ship pass you in the night.”
Rock, Paper, Shotgun

Come and discover the real life of a pirate, a man who has left the tyrannical but honest world of kings and emperors in order to sail in equality and freedom.

Put yourself in the shoes of a quartermaster, the first mate of a pirate ship.

You will have to manage the ambition of your captain, because you guess that his interests will not always be in line with those of the crew. Thus, you will have to confront him in order to defend your sailors’ rights.
Enforcing the law will be part of your job, and avoiding injustice is essential on a ship with so few hierarchies.
But who knows? Perhaps you will prefer to defend your captain's wishes?

Handle a sailboat or a steamship to get you where you need to go! Steer, rig, heat, fish, clean, maintain, heal...

You will experience the phases of ship management in a turn based system, punctuated by the sound of the watch bell. The time unit on a boat is not the day, but the watch, because an unattended ship is a ship on the ocean floor that shelters sharks and octopuses.

Your everyday enemies will be hunger and thirst, for sure. But a sailor's worst enemy is disease. Know how to defend yourself against it.

You will have at your disposal tools that will enable you to manage the proper conduct of the ship and the possibility of modifying her compartments as you wish.

At each new game, the map will be generated procedurally. The wealth and characteristics of peoples will be redistributed randomly.

You will have to transmit the captain's orders during the gunning phases using a rather special game mechanic, as you will have to type the orders on the keyboard (possibility to click with the mouse if you have a hook instead of fingers).
You will also have to fight fiercely in hand-to-hand combat during boarding.

Initially, you will understand that life on a ship is slow, because all travels are long, otherwise, during battles, life suddenly intensifies and the pace changes.

Remember that there may be women on the ship, you may even be one of them. You would operate in the shadows, because a woman is not accepted on a ship. She brings bad luck. But don't forget: if there is a deck where a woman can end up being accepted, end up imposing herself, it's the deck of a pirate ship!

Treasure maps, artifacts, monkey business and discoveries will also spice up your daily life in the ocean.