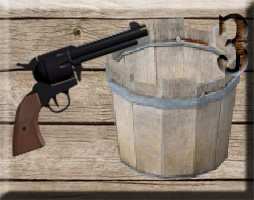 “RailroadVR game is currently 100% playable and has already had the fortune to be play tested by hundreds of people at live events.
As a solo developer I would like to continue developing the game taking into account ideas from a wider audience and follow up additional suggestions.
Gamers can play now and know there will be content delivered on a regular basis and any identified bugs fixed at soon as possible.
The game has currently only been tested on HTC Vive - early access will give me the time and opportunity to test on a range of different VR Systems.”

“There is no current plans to change the price of the game.”


Read more
Notice: Requires one of the following virtual reality headsets: HTC Vive or Oculus Rift. See the VR Support section for more info.
Notice: RailRoadVR requires a controller in order to play. Playing with a keyboard and mouse isn't supported.
VR Only

Enjoy taking turns with your friends with this twin gun shooter
A range of themed levels including;

For best experience, put a chair in the middle of your play space and align chair to the game vehicle while in the menu screen.