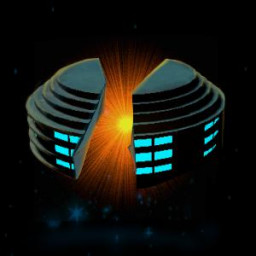 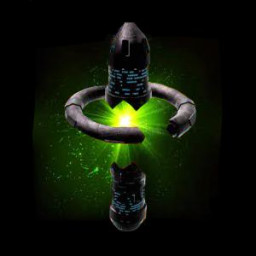 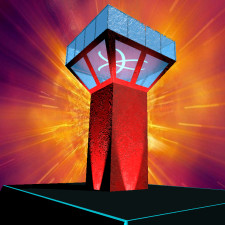 “During Early Access it will be valuable to get input from players in the continuous development since we believe the game style is new and challenging.
The game is playable and have support for three bosses at the moment.”

“The game is playable and have support for three bosses.
The game consists of a training ground.
The game have simple statistics in form of a global highscore where players can compete for top position.”

“We will use the Steam community to catch feedback from players.
We have a lot of ideas and visions, but that require more work and we have limited amount of time. During the Early Access we hope to get a good feeling from the community on how we can improve the game further. What are players mostly asking for and get hints on directions we should prioritize in our continued development for a good game experience.”

B.U.G. Force is a TPS (third-person-shooter) VR Shoot ’Em Up, inspired by old space dog fight games from the early 90's.
The game value navigational skills in combination with shooting accuracy and strategy in the same way as the original games.

Your motherboard has been invaded by alien virus and you are the last line of defence. The alien crash site is close to the CPU. Telepads has been raised from the inner circuits, you have been materialised on the startpad and your paired ship shine on the startpad in front of you.

As born from more mainframe AI code blocks, there is doubt within you if you are really worthy the task that has been given you. You look down on the left controller and the mission is still there. Health check... 100%, bullets... 100%, energy 100%... The clock is ticking, the air is empty.
You hit the engines and the ships starts with a roar. Now your time starts and your path to prove yourself worthy.
And you know... only the most worthy will be on the top of the call stack.

Goal Reach the top on the global highscore, that's it! Conquer telepads on the motherboard to get points and power-ups, shoot enemies, beat bosses and maybe, maybe you finally beat the game.

Be aware! This game is not for weak minded players. The game value skills such as spatial perception, reactivity, tactical ability and of course the ability to create carpets of bullets.
You have to prepare yourself to spend some time to master the controllers in this VR TPS to get a feeling for your ship, the distances to the enemies, obstacles and the bullets flight in the air.
And lastly... there is no autosaves, no red line to follow and you have only one life.