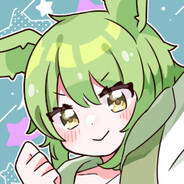 “Zeke's Peak might look like a pinball game at first glance, but it's much more devious than that. You need to slowly raise the ball upwards, without letting it fall off. 6/10”

“An early access release of Zeke's Peak will allow us to gather feedback on the current gameplay and interaction mechanics to identify any improvements which could make the public release the best it can be. This early access release includes a variety of game modes with over 70 levels, and we will be gathering data on which game modes are the most fun for users. Finally, we also expect to identify any bugs which need to be fixed before the public launch.”

“We expect the early access release to last several months, during which time we will release a variety of new levels and game mechanics, and iterate on the existing mechanics based on user feedback.”

“While the early access release will include 4 partial game worlds, we expect that the full version will be released with a complete set of game worlds, each with their own theme, unique game mechanics, and multiple game boards to play per world.”

Each world contains a "Classic" game mode, which mimics the original Zeke's Peak mechanical arcade, where the player attempts to navigate the ball into each of the winning holes in sequence.

Each world also contains a set of "Modern" style levels, where the player must navigate the ball through various obstacles to reach the winning hole. These Modern levels explore a variety of different game mechanics (e.g. moving platforms, electrified barriers, etc.).”

“We don't expect the price of Zeke's Peak to change when exiting early access.”

“We will be soliciting feedback from early access users via questionnaires and community forums. Additionally, we will be collecting anonymized gameplay data to identify any problematic levels.”

Zeke’s Peak brings the 1983 pub classic into the digital age. The pioneer of the mechanical “bar and ball” game, Zeke’s Peak makes the transition from analogue to digital, taking advantage of the new possibilities this provides while retaining the tactile feel that made the original an instant classic.

Zeke’s Peak recreates the classic arcade boards you loved (including Ice Cold Beer!) but keeps the action rolling by introducing over 70 all-new levels with arcade-inspired gameplay. Find yourself rolling your way through several beautiful worlds, mastering new challenges along the way. Relive the glory days, immortalize yourself by competing for high scores, and follow Zeke on his wild adventure.


Zeke's Peak is developed by 56k Games, in partnership with Taito Corporation.