“This game is contains experimental game plays, and developing by one person.
That causes difficulties like below.


These problems are depends on player's degree of skill and favorite genre. It is too difficult to verify all game progression case by one person testing.

I need opinion about that.”

“I plan to release this game in 2019 as production version.”

And full version scenario, it tells past of the city, mayor's plan, and selection of hero "Disk".”

“Gather vairous opinions from a users.
Especcially, about wrote on Early Access Reason.

Any feedback is welcome, please post to Steam discussion board.”

Crazy Beat's Junction is Rhythm Action Game.
Press buttons and move cars on the road to the goal.
Make the best traffic control.

Press any button to move cars on the road.
Notes flows across screen, beat them at the exect timing.
Arrow keys manipulates gimmicks on the road.
Be carefull to avoid car accidents !

You can select difficulty, Easy mode that you can play at your own pace, Full Throttle Mode that you can feel a fantastic thrill.
Not only gamer but also game beginner can enjoy playing !

If you press wrong button, you must do ad-lib, called "Deviation".
Activate gimmicks on the junction, and pass all cars without car crashes!

The red colored "Groove Gauge" that indicated at bottom circle will increase when press button without notes.
Groove Chance will start when the gauge filled! 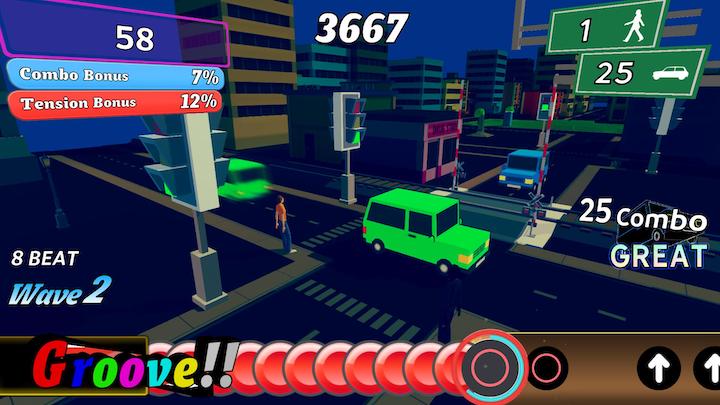 The player can beat notes in own rhythm.
But monotonous rhythm cause end of Groove Chance.

In result of your jockey tricks, anybody rifted up and up...
And nobody can't put up with dancing, even the city. 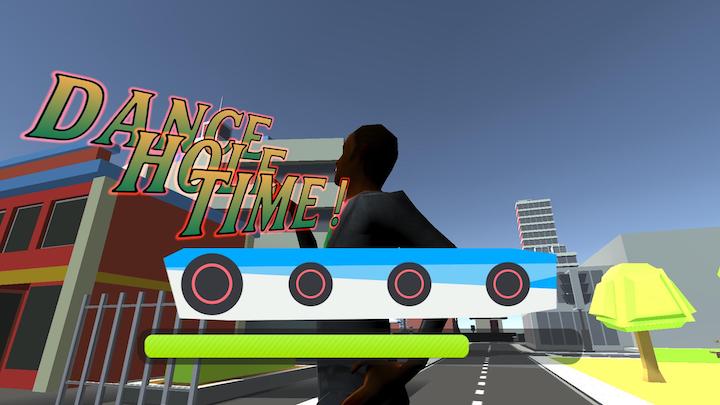 Press buttons quick and correctly...
Burn up all of your beats!

Disk arrived in the Crazy Beat City as the new post of "Junction Jockey".
Is she possible to recover "Beats" of this city, losing past liveliness. 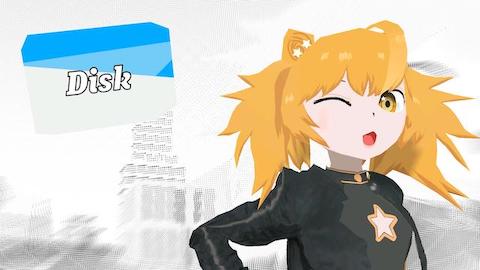 The main character in this game.
Transfered to Crazy Beat City (CBC) as a Junction Jockey (JJ). 23 years old, 3 years work as a JJ.
She looks young. Active and unmannerly person, and self-willed.
She always wears too big jacket, and hotpants.

"With such a sick beat, everyone gets sleepy even a runaway bank robber!" 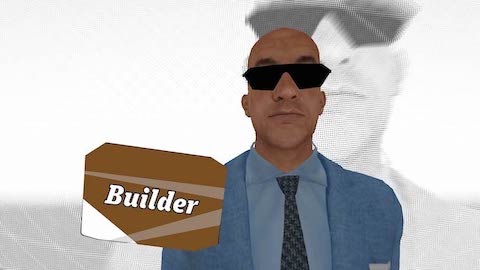 A middle manager of JJ Department in CBC. Long time in CBC.
Nobody knows about his JJ skill.
He is direct supervisor of Disk and strict towards her, but in fact he is funny nice guy.
Bald head and wears suit, and dark glasses.

"Will you pile up damage not only for your watering hole but also your assessment?" 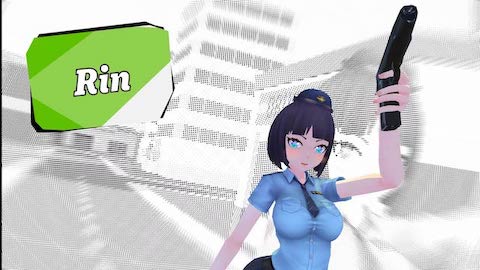 Disk's old friend. A police officer, ex-JJ.
She behaves mature naturally, but she is in fact her own person.
She can't leave those in trouble alone. She care about Disk. 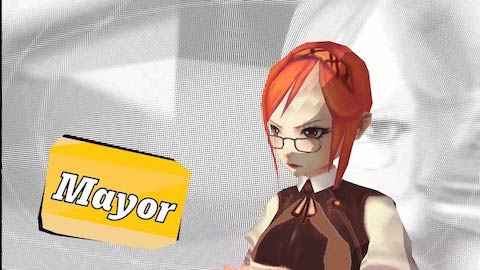 The innovative mayor of CBC. Got the job by theoretical public commitment and performance that get a good response from citizon, for 2 years ago.
She is hostile to Disk, but her strong determination to make CBC a wonderful city is serious.
She is thick-headed, and sometimes go straight on wrong way.

She seems think the fancy dress is the most suitable clothes for anywhere. 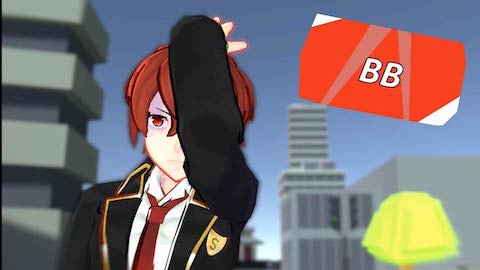 The young man who teaches know-how to work as Junction Jocky.
"Kitten" is his favorite line.