“We'd love the chance to closely collaborate with the Steam player base to expand on the Experiment Builder that will allow the community to create experiments for other players! We'd like to iterate usability improvements, and adding more features that open up the gameplay opportunities the Experiment Builder can support! We'll be closely monitoring the Steam forum activity and will also prepare a voting system on a task management board (Trello), so that players can vote on what feature to support next!”

“While we're initially shooting for a holiday release which gives us about 4 months to iterate on Humans101 during Early Access, we'd be more than glad to extending the time players will get to provide feedback and influencing the product roadmap for Humans101!”

“Humans 101 core experiments will all be finished to seal the deal on the narrative of the story. More importantly, the Experiment Builder will asset library will contain more content (models, sounds, vfx), the module actor and experiment diversity will expand, and the usability will be improved from its original early access state. We hope to have a experimentee/experimenter profile system in the future which will track player metrics and achievements.”

“At the state of Early Access Launch, players may create their own experiments using the experiment builder system and publish them online for other players to play. Likewise, players can search and play the most popular experiments. Alternatively, players may decide to stay offline and just enjoy the first four modules of the story mode of the game!”

“We'll be closely monitoring Steam forum activity as well as will prepare a voting system on a task management board, so that players can vote on what feature to support next! We're looking into an alternating bi-weekly patch updates. To further clarify, if the last patch was a content/story patch update then the next patch is a feature that expands the Experiment Builder!”
Read more
Notice: At the request of the publisher, Humans 101 is no longer available for sale on Steam.
Notice: Requires a virtual reality headset. See the VR Support section for more info.
View Community Hub
See all discussions

Hello esteemed terraglorbushoms! We are communicating through the primitive form of writing technology provided by your species. We have been piqued with curiosity about your planet because of the near-constant broadcasting of your curious and contradicting lives! Based on what we have gathered from your plethora of "television" signals, we've concluded that we wish to study your species for the educational benefit of ours! Now, for fear of falling into your many stereotypes, we are not "abducting", but merely asking for volunteers in our experiments, as we are merely Benevolent Inquirers! All you need for these experiments are a VR headset for intergalactic travel and an enthusiasm for scientific research!

If you agree, then you'll be asked to participate in a variety of experiments and engage with our extremely curious researchers! We may even allow the Earth population access to our experimentation mechanisms! We are figuratively electrified with eagerness as we await our human volunteers! Please visit soon! 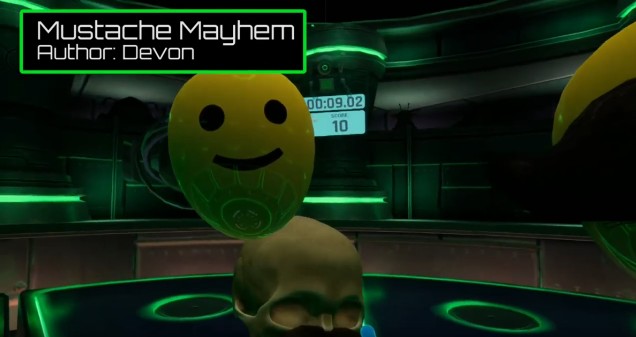 Take part in absurd experiments created by misinformed aliens or create your own challenges using the Experiment Builder! The Experiment Builder allows human players to have the utmost control over all items available to them. You’ll be able to use buttons, spears, brains, and more to create whatever challenges you might conjure in your head! 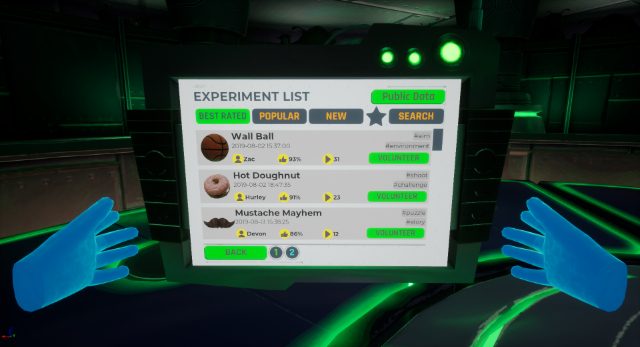 After you're finished with the Experiment Builder, then why not try uploading your experiments online? You can play others' experiments and compete with players to top the charts of any experiment you can find! 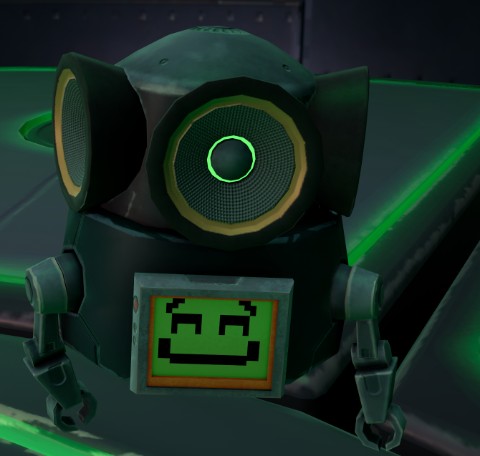 Meet Quernmi, the lead quirky researcher with a drive for obtaining new knowledge, especially on the largely unknown species of humans! The aliens have prepared challenges and modules based on their media research, in order to test their hypotheses about the human species. Quernmi can get a little frustrated with the contradicting quirks of the humans, but they're better to deal with than some of their other researchers... 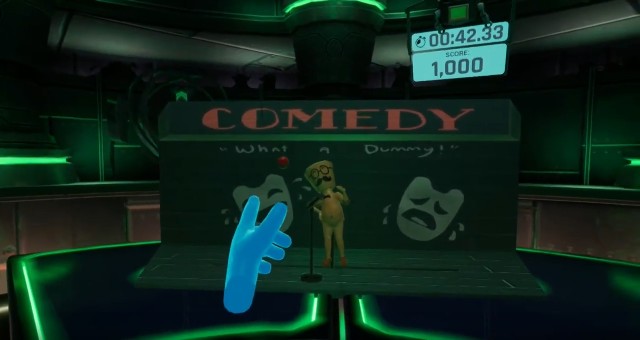 Aliens have “somewhat” abducted you to ask that you volunteer for their experiments! They are fascinated by the human species and wish to research them to corroborate their findings. The only problem is that all their research comes from pop culture! TV, movies, and videogames have been their primary source for human study, which leads to some fanciful ideas and heavy contradictions. Your task is to complete the experiments they put in front of you to help correct their data!