“We want to get the game into the hands of players midway through development in order to make sure we make the best game possible.”

“The current plan is to keep the game in early access until the planned release in August 2021.”

“We plan to add a lot more content to the game. This includes more equipment, characters, zones and any other content that is suggested from community feedback.”

“This version will introduce the girls on the island and you will be able to get your character up to level 10 as you embark on your first questline.”

“The community will be involved in every step of development and can provide feedback and suggestions in the Steam Discussions as well as our Discord server.”
Read more

Bikini Island Challenge is intended for ADULTS only and includes explicit sexual content that some viewers may find offensive. It depicts full nudity, explicit sex, the use of drugs and alcohol, crude humor, explicit language, and violence.

The characters depicted in the game are all over 18 years old. 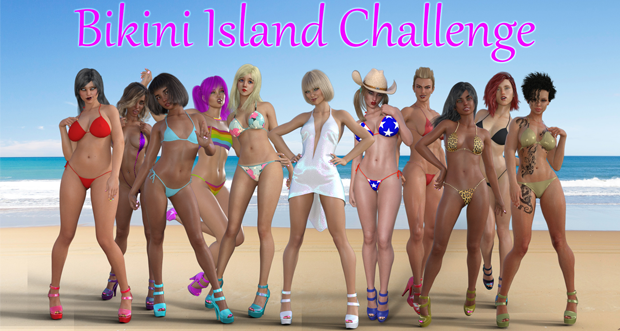 Bikini Island Challenge is an open world, third person adult adventure RPG where players control a character avatar within the game world, exploring the environment, fighting various enemies, completing quests, and interacting with non-player characters. Some of these NPC's are the girls of Bikini Island that get introduced after completing various quests. Each girl is unique and has her own set of pleasuring powers that get unlocked at various points in the game. These powers range from special dances to more intimate NSFW content. Your goal is simple...meet all the girls and see what they have to offer.


The base version of the game includes a main quest line to meet all of the girls and several side quests. Individual quest lines for all the girls will be available as downloadable content on Steam once they are released.

Players must first create an account on the Instantiated Entertainment server before they can log in to the game. Once logged in players have the ability to create a new character and customize it (currently limited functionality). Once in-game, the player will meet The Hostess who will offer you the initial quest line to meet the girls. After that you will be on your way to fight against savage natives and man-eating tigers, discover secret treasures and abilities, and meet all the girls on the island.

The game is currently in alpha, so there will be bugs as well as content that may change depending on user input. That being said, you are still guaranteed an enjoyable gaming experience. You are after all on an island surrounded by scantily clad girls. 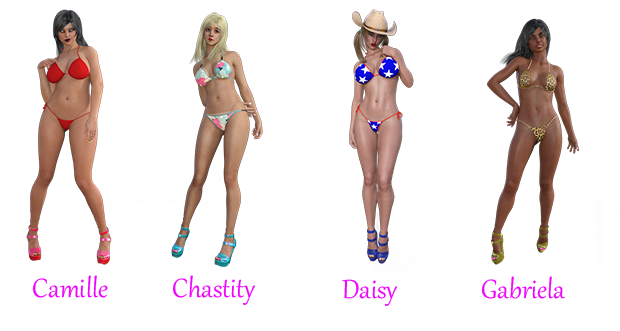 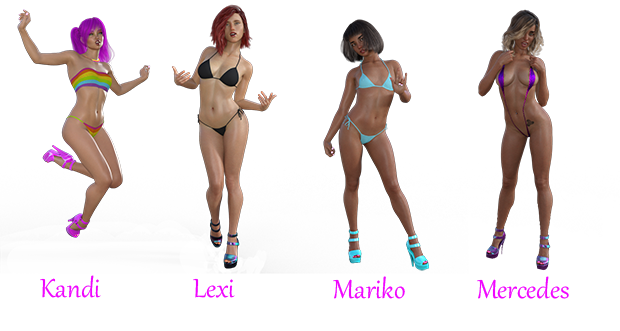 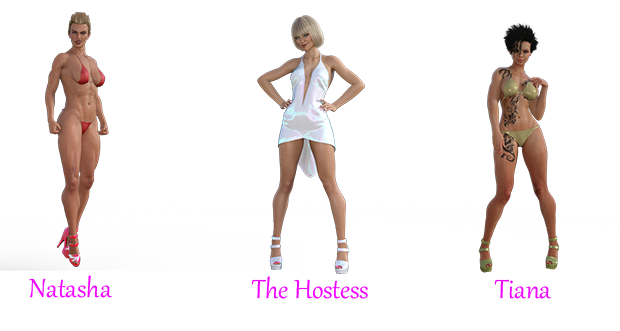