Are You A Wizard

Using magic is harder than it seems in old-school roguelike Are You A Wizard! Level up, explore procedurally generated stages, and battle scores of enemies using nothing but the spells you found lying on the floor! But what do the spells do? There's one way to find out!
All Reviews:
No user reviews
Release Date:
Developer:
Comatose Turtle
Publisher:
Comatose Turtle
Popular user-defined tags for this product:
Strategy Indie Early Access RPG Adventure Roguelike Dungeon Crawler Magic Turn-Based Fantasy Perma Death Exploration 2D Pixel Graphics Retro Difficult Singleplayer Loot Replay Value Top-Down
+

“Are You A Wizard is fully playable, and I want to get it into people's hands as soon as possible to gauge the reaction. Not all of the assets are finished yet, and there are plenty of features still yet to come, but I have been working on it for a long time and want to know that I'm heading in the right direction as I bring it toward the finish line.”

“I would like to think we will be out of Early Access in about half a year to a year when the visual and audio assets can be finished. Everything else is basically good enough for a full release already, but I'll of course still be working out kinks as I find them and adding various features!”

“Before the full release, I plan to add:
”

“The game is fully playable, though many characters have placeholder sprites, and the UI needs some reworking. The later levels get a bit rough-hewn, and there is not a proper ending yet. You may occasionally experience game-breaking crashes.”

“It is important to me that players are enjoying the game. If they are not, then I want to know why and will seriously take it into consideration. I'll be watching the message board!”
Read more

Buy Are You A Wizard 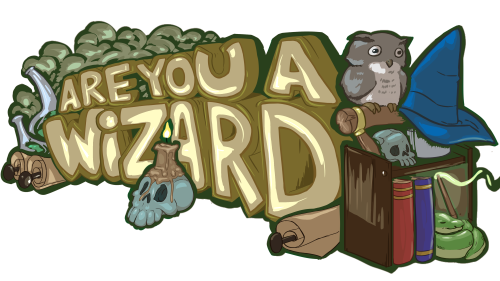 Are You A Wizard is a game about being a wannabe spell-caster in a labyrinth full of magic and monsters. Can you survive long enough to find powerful spells that will pave your path to victory? Or will you die tragically while experimenting with unknown magic, surrounded by hostile creatures? Will you really learn magic, or will you just try everything until you get lucky?