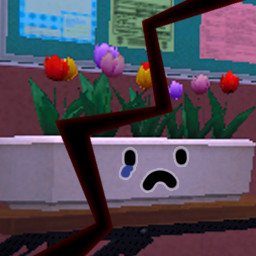 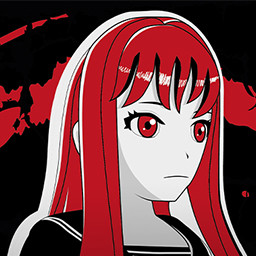 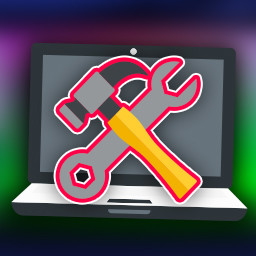 “Suicide For Him is being developed by a small team. So the early access is really important to deliver a satisfying and flawless gameplay depending on players' feedback and suggestions.

By letting people playing an early access version of Suicide For Him, it is a great opportunity to get some feedback and suggestions while developing the full and final game.”

“This is too early to answer this question precisely, but the game would still be in early access for months, or a year as our team members are working on their free time.

Suicide For Him will remain in early access until all the acts and game modes are implemented.”

“The final version of the game is going to be better and stable than the early access version.
In fact, we are working hard to optimize and improve the game as much as possible, the game's framerate will be perfect for any device with many graphic settings.

The final game will be polished: the animations, sounds design, 3D models, and gameplay features are going to be improved over the time.
The game will also support some of Steam's online services, like Cloud Save, a bunch of Achievements, and much more.

Please check the "Feature List" section to get more detail about what the final game will have.”

“The early access should feel like a small piece of the final game.
New acts and new features will be added and adjusted over the time depending on the players' feedback.

The first and second acts are partially implemented:

“As the game is still in development and early access, we don't want the players to buy an unfinished game for a high price.
We plan to gradually raise the price as we ship new content and features, until the game's development reaches its end.”

“To improve the game as much as possible and make sure that players are having the best experience when playing Suicide For Him, we are listening to all the feedback and suggestions.
We are open to new ideas, and we will make sure to build a fun and high-quality game.

We encourage the players to join the official Discord server to interact with the community, and mostly with the team easily.”

Buy Suicide For Him

Here are all the features you can expect in the final game:

A unique experience for each player:

A complete support for everyone:

* It is possible that the list variate over the time.

After losing your parents last year, your brother Fukoshi Hoshi has become depressed and afraid. He is now attending the same school as you, but he is faced with a challenge…bullying. You, Akai Hoshi must find the bullies who torment Fukoshi and put a stop to it at any cost.

Use stealth to change the course of events, sabotage people’s actions to suit them to your needs, manipulate others to carry out your plan, and if the situation calls for it...use violence as a last resort. Avoid gathering others' attention by hiding in plain sight, prevent Fukoshi from going through more pain than he already has before it is too late!

And remember what your mother told Akai...follow the light.

A mysterious and deep story with multiple endings

Every choice you make is going to impact the game's story. Various endings are available. Will you be able to get them all? Every student in the school is randomly generated, meaning that every player will have a unique experience. Only a few main characters will remain the same, like Akai's brother, the bullies... and few other.

Suicide For Him is currently in early access. Most of the game's content is currently missing or in progress, like the story acts, the environment and the character models. The game is frequently updated, which means some content is being added and adjusted over the time.
We are open to feedback and always listening to the players. You can join the official Discord server to report bugs or to send feedback and suggestions to improve the game.

The following game is not appropriate for children and for people with heart diseases.
It can contain strong and flashing images, scary and anxious scenes.
Don't reproduce anything you see from this game in real life.

This game is not suitable for children or for those who are easily disturbed. This game contains mentions / acts of suicide, self harm, and death.