“BEFORE YOU BUY
THPVR is an Early Access title which means it is still in ACTIVE DEVELOPMENT. It is not a finished game but there will be regular content updates until it is. If you're looking for a polished finished product, please wait until the full release. If you like the demo and want more, join us for the full ride.

Being innovative in VR takes a lot of hands-on improvement. The core of the game is locomotion-based and because of that, we need and want as much feedback as possible from the greater VR gaming community.

After 2 years of development and beta, we feel like there's enough game to offer a playable, more-than-a-demo experience. Yet we are nothing without the gaming community and need your help to improve the game and work out problems so we can evolve THPVR into the best game we can as we approach the finish line.

Real winter sports has a deep learning curve and we hope to capture some of that depth while at the same time providing a fun, beginner-friendly and accessible experience.”

“After releasing in Early Access, it will take about 4-8 weeks to ship the initial tracks and approximately a year to achieve a full release.”

“We've been working on this project since 2018. For the past year we've play tested the beta to make sure it's as playable and bug-free as possible. Over the next year we will work closely with the player community and winter sports community to make the best extreme winter sports game we can possibly make in VR.”
Read more
Notice: Requires a virtual reality headset. See system requirements for more information.
VR Only 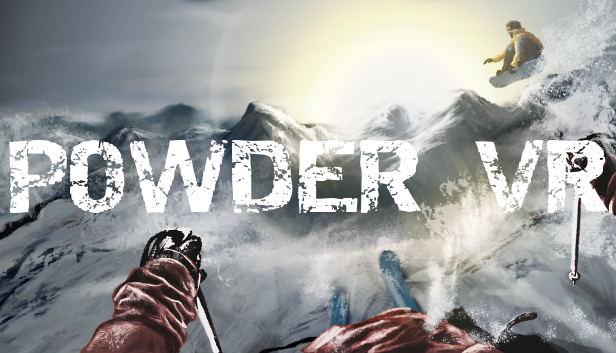 Terje Haakonsen's Powder VR is the ultimate VR winter sports game. Put on your headset and ride the freshest powder VR has to offer. Pick your line and your method, fly through ice and snow at crushing velocity. Face every challenge with speed, precision, and skill- master the mountain from 14,000 ft. and dominate the rugged terrain.