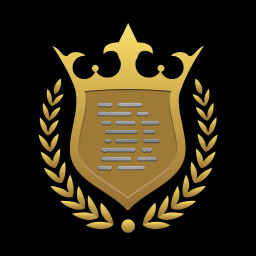 “DrumBeats VR is continuously being developed and improved and isn't the final version of the game. We have released the game while it's being developed, because the game will be improved based on the player's feedback for a better experience. Every bit of feedback is welcome and will be taken into account in the development process.”

“We plan for Early Access to last up to six months but this time period may be shorter or longer depending on the development needs.”

“DrumBeats VR will be growing over time with new features and tracks added throughout it's development process.
Players can look forward to, but not limited to the list below:
”

“The Early Access version is a stable build for the HTC-Vive. However the game does not support non-vr devices. The core gameplay may be refined according to player's feedback, but will not be completely changed. Instead, new game-modes may be added to the game.

For details please read the "About This Game" section.”

“Depending on how much content is added, the price may go up accordingly.”

“We are going to collect all feedback and suggestions. It is great to hear what the thoughts of the players are. If the feedback is beneficial for the game, we'll try to implement it in to the game.”
Read more
Notice: Requires a virtual reality headset. See the VR Support section for more info.
VR Only

DrumBeatsVR is a VR drumming music game. Players can drum to our songs that are custom made for this game. In DrumBeatsVR you can practice on different drum kits, including Metallica and The Rolling Stones and you can play in different environments (more to be added later). You can import custom songs into the game so you can play along with your favorite tracks (guide included).

Including 5 custom made songs in different styles by Jelmer Althuis from Sphere of Sound.

Arcade
Play along with our custom made songs

Custom
Play songs that you have created.
For details, see the custom song guide in the game's root folder.


Vive tracker support:
Connect your vive tracker so they can act as a bass-drum/hi-hat pedal.